Amygdalin, also known as Laetrile or vitamin B17, is a cyanogenic glucoside found in the pits of many fruits, in raw nuts, and in other plants such as lima beans, clover, and sorghum.

Although it is frequently called vitamin B17 in the lay literature, amygdalin is not recognized as a vitamin by the Committee on Nomenclature of the American Institute of Nutrition.

Amygdalin has been given orally and intravenously with different pharmacokinetics and toxicity profiles. Amygdalin became a popular alternative cancer therapy in the 1950s and remained so through the 1980s.

Currently, its sale in the United States is banned by the FDA; however, products labeled as containing laetrile can easily be purchased via the Internet.

When orally ingested, amygdalin can be hydrolyzed by intestinal beta-glucosidase to produce hydrogen cyanide, benzaldehyde, and glucose.

The enzymatic activity of betaglucosidase, and thus the rate of production of cyanide, can be increased under various conditions, including the presence of vitamin C.

Signs and symptoms of cyanide poisoning have been reported both from individual patients with cancer who ingested products containing amygdalin and from patients enrolled in clinical trials of oral laetrile.

Description a class: Amygdalin is chemically a cyanogenic glucoside isolated from almonds and seeds of other plants of the family Rosaceae. It is converted by plant emulsin (a combination of a glucosidase and a nitrilase) or hydrochloric acid into benzaldehyde, D-glucose, and hydrocyanic acid.

Amygdalin is naturally found in the dextrorotatory configuration  (R-amygdalin), which is considered the active form.

The (inactive) S-isomer does not occur naturally. Approximately 50 g/kg (3–5%) amygdalin is found in bitter almond kernels, between 2.7 and 3.1% in Semen Persicae and between 3.6 and 5.2% in Semen Armeniacae.

In  contrast, the amygdalin-content of seeds from apples (Malus domestica) range from 1 to 4 g/kg. 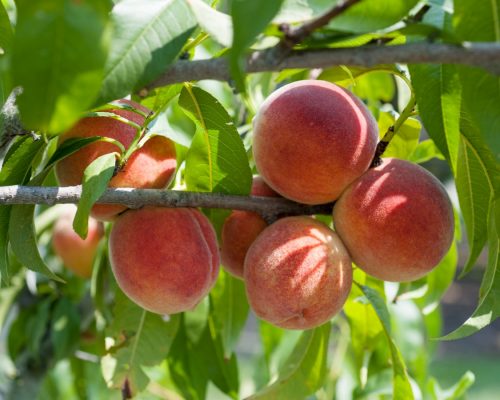 Proponents of amygdalin consider it a natural cancer cure, based on the unproven theory that amygdalin is specifically broken down to cytotoxic cyanide by the hydrolytic enzyme β-glucosidase, which is supposed to be enriched in tumor cells.

It has further  been speculated that the mitochondrial enzyme, rhodanese, that detoxifies cyanide by conversion to thiocyanate is not as abundant  in tumor cells as in normal cells, leading to selective tumor cell cyanide poisoning.

Opponents of amygdalin, however, warn that amygdalin is ineffective and even toxic, since β-glucosidase may not be enriched in tumor cells. Rather, cyanide might systemically accumulate, leading to severe cyanide poisoning.

History of amygdalin and legal status

Various studies have documented that amygdalin has antitussive and antiasthmatic effects, but also effects on the digestive system.

It has been used for the treatment of asthma, bronchitis, emphysema, leprosy, colorectal cancer and vitiligo.

Amygdalin is metabolized in the body to the hydrocyanic acid, which is considered as an antitumor compound, and benzaldehyde, which may induce an analgesic action, therefore it can be used for the treatment of cancer and relieve pain. Thus the anti-tumor properties of amygdalin is one of the hots topic in recent years.

It has been produced and used to manage cancer in America, Germany, Italy, Japan, Philippines and other 20 countries.

It can also ameliorate the symptoms of patients in advanced stage of cancer, and prolong their survival period.

In order to provide references for the further investigations of amygdalin and new antitumor drug development, advances in studies of antitumor activities of amygdalin are reviewed in this paper.

What is Laetrile? What is the difference between Laetrile and amygdalin?

Laetrile is a semi-synthetic form of the natural substance amygdalin.  Although the term Laetrile is frequently used as a synonym for amygdalin, laetrile is structurally different from the natural compound with the chemical composition d -mandelonitrile-β-glucuronide.

Natural amygdalin exists as a right-handed structure (R-amygdalin), which is the active form, whereas Laetrile is the acronym of laevorotatory and mandelonitrile.

Some people may call Laetrile vitamin B17, although it isn’t a vitamin. Its other names are also: 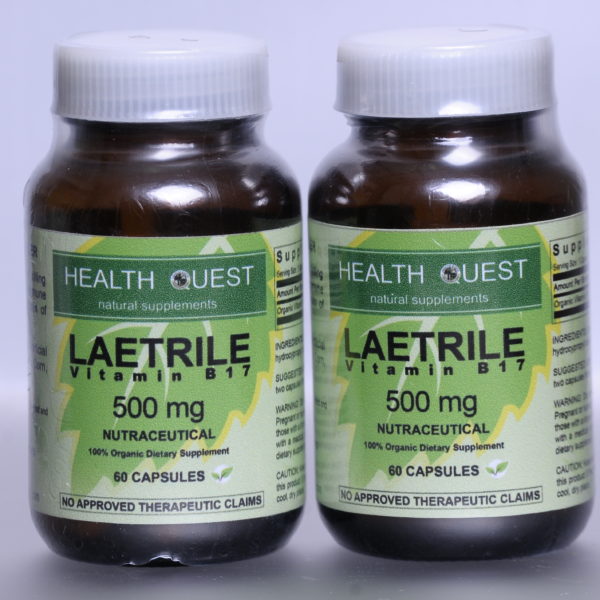 In the 1970s, Laetrile was promoted all over the world aanti-cancerancer agent either individual or as part of a programme with a particular diet, high dose vitamin supplements and pancreatic enzymes.

But there is no scientific evidence that laetrile or amygdalin can treat cancer or any other illness. Despite this, it is still promoted as an alternative cancer treatment.

Laetrile is available as:

Amygdalin is known as the one of the most commonly used alternative drug in the management of tumor in the last 40 years.

It is mainly used as an alternative therapy for traditional cancer therapy, or used in combination with other nonconventional treatments, including metabolic therapy, dietotherapy, urine therapy, intake of fruit seeds, intravenous injection of β-glucosidases, etc.

Many experiment results supported that, amygdalin has antitumor activity. Recently, some advances had been made on the antitumor mechanism of amygdalin.

A study conducted by Kwon et al., confirmed that amygdalin can induce apoptosis in human promyelocytic leukemia (HL-60) cells, whereas Park et al., have shown that amygdalin inhibited the proliferation of human colon cancer SNU-C4 cell, and the mechanism is the inhibition of expression of cell cycle related genes.

The detection results of human whole genome U133 microarray showed that 573 genes of HeLa cells had differential expression in the amygdalin treated group, compared with the control group, JNK/c-Jun pathway is involved in the process of amygdalin induced apoptosis in HeLa cells. Nevertheless, the antitumor mechanism of amygdalin is not completely clear.

Larger and clinical studies showed that bitter almond had no stable antitumor effect, most importantly is the existence of some adverse reactions after large dose application, such as gastrointestinal tract reaction and headache.

But in view of the quantity and quality of clinical data are limited, so far clinical studies have no paired and reliable design, so it is necessary to conduct more carefully designed controlled clinical trials for bitter almond, and prove its effect in vivo.

Hydrocyanic acid could then inhibit the respiratory center to some level, which could reduce the respiratory movement and finally cause the antitussive and antiasthmatic effects.

Amygdalin can also promote the synthesis of pulmonary surfactants according to the animal experimental model of respiratory distress syndrome and ameliorate the disease.

Amygdalin effects on the digestive system

Benzaldehyde is another component of amygdalin metabolic pathway. This compound may inhibit the activity of enzyme pepsin and affect the digestive function.

Findings showed that pepsin hydrolysate of almond water-solution at a dose of 500 mg/kg on CCl 4 treated rats, could inhibit the level of AST, ALT and increase hydroxyproline content, inhibiting the extention of euglobulinlysis time.

Analysis showed that soluble pepsin hydrolysate of almond water can block the proliferation of rat connective tissue liver, but could not inhibit D2 D-galactosamine induced the increase of rats’ AST, ALT level.

Moreover, it has been reported that amygdalin has an effective therapeutic effect on rats with chronic gastritis and chronic atrophic gastritis.

Some experimental studies confirmed that amygdalin has also analgesic properties and no tolerance effects. Mice without tail-erecting response and nalorphine induced jump response after treated with amygdalin.

It is found that amygdalin isolated from Prunus armeniaca can increase formalin-induced pain in rats in a dose-dependent manner with dose range less than 1 mg/kg.

The mechanism in which amygdalin provokes analgesia may involve the inflammatory cytokines such as tumor necrosis factor-α (TNF-α) and interleukin-1β (IL-1β), as well as c-Fos.

Amygdalin also plays an important role in the expression of regulatory T cells in the treatment of atherosclerosis, and can also expand the lumen area, reduce aortic plaque coverage.

The acute toxicity analysis has proved that the toxicity of amygdalin oral administration route is far greater than the intravenous route.

The mean lethal dose (LD50) of amygdalin in rats was reported to be 880 mg/kg body weight (BW) after oral use. The LD50 after intravenous injection in mice are 25 g/kg, while intraperitoneal injection are 8 g/kg.

The maximum tolerance dose of intravenous and intramuscular injection of amygdalin in mice, rabbits, dogs are 3 g/kg, 0.075 g/kg orally respectively whereas for human intravenous injection are 5 g (approximately 0.07 g/kg).

Research reported that the main reason for toxicity is that the amygdalin is hydrolyzed by intestinal microbial after oral administration, which leads to more production of hydrocyanic acid.

In the mice treated by inhibiting the intestinal microbial growth, the stomach administration of 300 mg/kg also has no death phenomenon; while in the untreated mice, the mortality increased by 60% at the same dose.

Human can also present systemic toxicity after oral use of amygdalin of 4 g per day, which lasted for half a month or intravenous injection of a month.

Moreover, the digestive system toxicity response is more common, with changes of atrial premature beats and ECG T wave. The toxicity response above can disappear after drug withdrawal. If the dose is reduced to daily oral doses of 0.6 ~ 1g, it can avoid toxicity.

After Laetrile was made in 1924, the intravenous use of amygdalin was successful in targeting cancer cells. It has been used successfully since then, but the United States banned its use in 1963.

However, Dr. Kanematsu Sugiura took on the fight to prove the Laetrile was useful in the fight against cancer.

While he was woring for New York’s Memorial Sloan Kettering Cancer Center, he spearheaded research in the 1970’s that supported laetrile’s use as a anti-cancer agent.

However, the pharmaceutical industry put pressure on New York’s Memorial Sloan Kettering Cancer Center to sweep its findings under the rug, to keep the profit-cutting and natural therapy from the marketplace in favor of chemotherapy.

Ralph Moss, a writer for the New York’s Memorial Sloan Kettering Cancer Center, exposed the cover-up during a highly publicized press conference in 1977.

The cancer industry continued to work to negate the findings of Dr. Kanematsu Sugiura, to keep funding from going into amygdalin research.

Some key findings of amygdaline anti-cancer efficacy were:

“What are the benefits and side effects of red yeast rice?“