Anasarca is a medical condition characterized with a general swelling (edema) in the body, with profound subcutaneous swelling caused by effusion of fluids into the extracellular space. Quantitatively, a fluid increase of ≥3L is detected in patients who developed anasarca. Anasarca terminology comes from Greek phrases: “ana” meaning “through” and “sarca” meaning “flash”.

This condition is also called hydrosarca or dropsy. It should be known that anasarca is not a disease. It can be more precisely described as a symptom of an underlying condition such as malnutrition or rather protein deficiency. Several health issues such as liver failure, heart problems or renal failure may lead to anasarca.

Administration of exogenous intravenous fluid or chemotherapeutic drug slike doxetaxel may also cause ansarca. In anasarca, the patient looks like bloating and when the patient is pinched to the skin, it will not go back to its normal condition right away.

What are Anasarca symptoms?

Depending on underlying condition, symptoms of anasarca may be different. So, patients who have anasarca caused by renal failure may experience following symptoms:

On the other hand, if the cause is heart problems, patients with anasarca may experience:

If the ansarca patient is a female and the immense edema begins to develop on the lower abdominal region or the reproductive organs, they may find that they are unable to urinate and that the blood from the menstrual cycle does not flow properly. Painful cramps and massive blood clotting during the menstrual cycle can be also developed.

The most patients also suffer from abdominal pain and cramping sensations. In many cases, this could lead to a lack of appetite. Nausea and vomiting can be also present.

Most patients will also have a problem to rest at night. This is often caused because of the pain and bloating experience. In other instances, it could be a result of breathing problems. This often leads to nighttime insomnia and daytime fatigue.

Some patients may also experience: 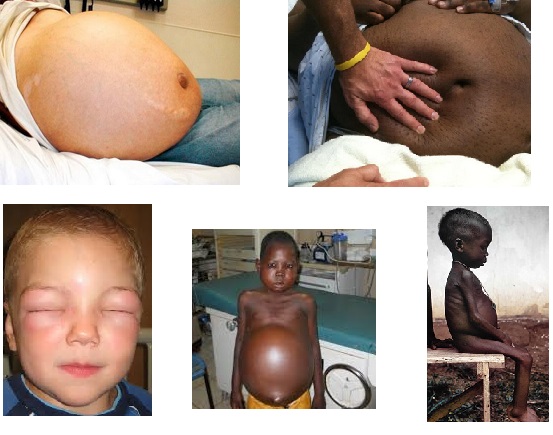 Can anasarca cause high blood pressure?

Due to the increase levels of fluid in the body, it is frequent for a patient with anasarca to have fluctuations in their blood pressure. In most cases the blood pressure increases. This is because the heart has to work much harder to pump blood throughout the body.

What are the mechanisms of anasarca development?

There are several different pathophysiological mechanisms of anasarca development. Most common mechanisms are described below: 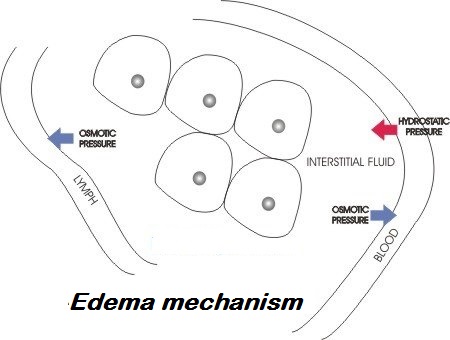 What are the causes of anasarca?

There are a various causes for anasarca. The conditions or diseases may include:

Different diagnostic methods can be used in order to make a diagnosis of anasarca. Sometimes it is hard for even the best clinicians to diagnose anasarca, as it is sometimes similar to several other symptoms. Tests and measures that need to be performed in order to precisely diagnose anasarca are described below. These symptoms may be related to either anasarca or localized swelling, or potentially both.

The differential diagnosis of anasarca may include following conditions:

When considering anasarca diagnosis, doctors will probably first look if swelling is localized or generalized in the body. If it is localized it may be because of lymphatic obstruction, venous obstruction or local trauma or burns. Usually obstruction is removed as the injury is healed and there is nothing to worry about. However if the edema/swallowing is generalized, then further steps are needed in order to confirm the right diagnosis.

If anasarca is suspected, then underlying condition should be found. In that case, laboratory tests should be performed in order to determine if hypoalbuminemia exists (albumin level of <2.5mg/dl). If hypoalbuminemia is confirmed, and generalized edema exists then the patient may either have liver cirrhosis, severe malnutrition, or nephrotic syndrome.

If the albumin levels are normal, the other common underlying cause that may lead to anasarca is heart failure and this can be detected in patients with jugular venous distention on the side of the neck or decreased cardiac output. This is due the fact that the heart fails to pump sufficient amounts of blood to systemic circulation.

If there is jugular venous distention and cardiac output are normal, then the doctor/clinician will certainly examine kidneys. If azotemia or active urine sediment are present, renal failure may be diagnosed. If renal failure is not diagnosed, anasarca may be caused by hypothyroidism or it may have iatrogenic-drug-induced nature. Some chemotherapy agents, corticosteroids, estrogens and vasodilators may be the cause of anasarca.

Cirrhosis, as a sign of progressive liver failure, may be underlying condition that can lead to anasarca. Cirrhosis usually comes as a result of a chronic liver disease (hepatitis C or B virus infection) or alcoholism. Wilson disease is also often cause of cirrhosis.

As said, when cirrhosis progresses to the liver failure, anasarca can be developed. Liver is the main plasma protein producing organ. If liver cirrhosis with fibrous tissue is present, it may lead to reduced protein production.

Thus, hypoalbuminemia and low osmotic pressure may develop and fluid may leak in the interstitium. Fibrous scars of the liver tissue may make the pressure to portal vessels passing through the liver and thus increasing the hydrostatic pressure in the veins in the abdomen. This may lead to the accumulation of the fluid in the peritoneal spaces causing Ascites.

However, there are also many possible medical symptoms aside from this. As an example, spider angiomas may affect the patient too. The liver’s size can change, either increasing or decreasing. Jaundice, itching, bleeding or bruising and portal hypertension may also develop.

Congestive heart failure is a condition characterized by low cardiac output, and the inability of the heart to pump proper amount of blood into the bloodstream. This condition is known to be very serious, and it is the one of most common cases that leads to anasarca. When heart reduces and fails to pump the blood in the proper way, the blood flow slows down leading to venous stasis.

Venous stasis further leads to increased hydrostatic pressure and edema. Initially, edema takes peripheral part of the body such as ankles and feet, over the time progressing to the very serious anasarca with compromised heart function.

Renal failure is a serious medical condition where kidneys do not work properly in filtering and excreting waste materials from the system. It is also one of the causes that may lead to anasarca. Renal failure may lead to proteinuria, reducing the protein levels in the blood, and thus reducing coloido-osmotic pressure which may lead to edema.

The kidneys may also become unable to excrete sodium, which will retain water in the system and excesive intravascular volume leading to edema. Usually, when the plasma protein levels drop down to less of one third of the normal level, anasarca will be developed.

Severe malnutrition is another possible reason of anasarca cause. Malnutrition of certain vitamins, minerals, essential nutrients may lead to different medical issues, based upon the type of deficiency. Malnutrition itself may not necessarily lead to anasarca. However, severe protein deficiency is one possibility that can result with anasarca.

The major cause of anasarca in children is protein malnutrition also known as Kwashiorkor. Cases of Kwashiorkor occur in areas of famine or poor food supply. It is most seen in children of 1-4 years of ages in African and Southeast Asian countries.

Clarkson syndrome is a rare condition where the pores in the blood capillaries increase in size and in count. This causes fluid to go out from the blood into the interstitial fluid all over the body leading to anasarca. Swelling, decreased blood pressure and failure of multiple organs can follow.

The general recommendations for anasarca treatment are following:

Following groups of diuretics are most commonly used for anasarca treatment:

What is peritoneovenous shunt? Is surgical care effective for ascites?

The peritoneovenous shunt is an alternative treatment for patients with intractable ascites. This procedure is known as a megalymphatic shunt that revenues the ascitic fluid from interstitium to the central venous system. Beneficial effects of this procedure are: increased cardiac output, increased renal blood flow, glomerular filtration rate and urinary volume, increased sodium excretion and decreased plasma renin-aldosterone-angiotensin system. The AASLD recommends considering peritoneovenous shunting for patients with refractory ascites who are not candidates for paracentesis, transplant, or TIPS. 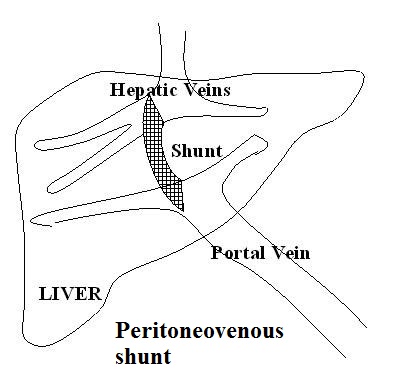 What drugs should not be used by patients with anasarca?

Difference between anasarca and ascites?

Anasarca is defined as generalised edema while ascites is defined as an accumulation of fluid in the peritoneal cavity, frequently symptomatic of liver disease.

What is scrotal edema?

When one of the testicles is swollen compared to the other one, the pull of gravity results in increased pain and discomfort, particularly when standing. The normal scrotum is anatomically on the front side, while the edematous scrotum swells between the upper legs to the hind side. The scrotum is now an obstacle to movement from one place to another, thereby changing the patient’s normal posture and pattern

There are quite a number of causes of anasarca in the testicles. Some of them are:

The condition may present with the following symptoms: