What is Budesonide nasal spray?

Budesonide nasal spray is an intra nasal spray that contains a man-made corticosteroid called budesonide. It is a spray used to treat seasonal and perennial symptomatic allergy in adult and children 6 years of age and above.

The safety and effectiveness of Budesonide Nasal Spray have not been shown in children under 6 years of age. 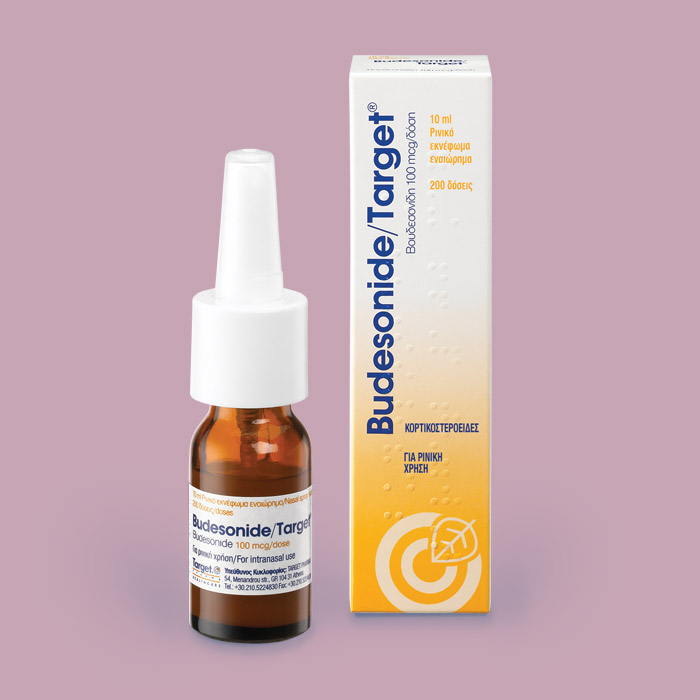 The mechanism of budesonide nasal spray for allergic rhinitis is not known. There are multiple cell types (eg. Mast cells, eosinophils, neutrophils, macrophages, and lymphocytes) and mediators (eg. Histamine, eicosanoids, leukotrienes, and cytokines) responsible for inflammation. These cells are affected by corticosteroids, therefore, reduce the inflammation associated with rhinitis.

Budesonide is indicated for the treatment of Seasonal or Perennial Allergic Rhinitis. It is beneficial in providing relief from the symptoms of seasonal and year-round allergic rhinitis. 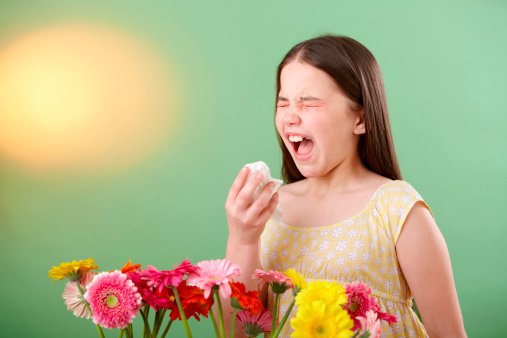 Your doctor prescribes you this medication, only if he notice symptoms of allergic rhinitis, such as sneezing, stuffy nose, itchy nose caused by hay fever (caused by pollens) or other allergies caused by pets or dust. Budesonide nasal spray is not prescribed under the common conditions of cold and is not used to treat normal sneezing or a runny nose. Budesonide works by blocking the release of certain allergens or pollens that cause severe allergy symptoms.

How long Budesonide nasal spray should be used for allergy rhinitis?

Budesonide also proved its efficacy in the treatment of nasal polyps associated with allergic rhinitis. Budesonide showed significant improvement in symptoms of nasal polyps such as a sense of smell within 1 to 2 days of the first dose. 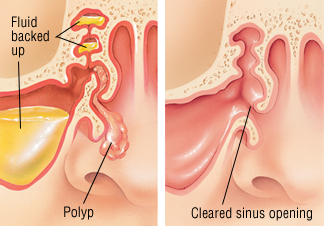 How long Budesonide nasal spray should be used for nasal polyps

The duration of budesonide nasal spray is based upon the medical condition of the patient.

Budesonide can be used for the treatment of chronic obstructive pulmonary disease (COPD) when inhaled in a form of metered dose inhaler or a dry powder inhaler. Budesonide is known to reduce the inflammation in airways where it reduces swelling and mucus production thereby provides relief in difficult breathing and makes breathing easier.

Budesonide, in the intranasal spray form, can be used to treat the symptoms of COPD. In patients with severe COPD, budesonide known to reduce the number of COPD exacerbations. It is beneficial in reducing chronic bronchitis and frequent exacerbations associated with COPD.

Budesonide when compared with placebo, reduced asthma associated with COPD as well as the frequency of COPD exacerbations.  If you are using budesonide for the treatment of COPD or asthma, you should not discontinue this medication abruptly because a sudden decrease in systemic corticosteroids may cause a severe exacerbation of their symptoms.

Budesonide nasal spray is used to treat nasal allergy symptoms such as a runny nose, nasal congestion, and sneezing. Budesonide spray is an intranasal corticosteroid that acts by contracting the swollen and inflamed nasal tissue, as well as blocks the action of certain cells and chemicals of the immune system.

Can Budesonide cause adrenal insufficiency and why?

When intranasal steroids such as budesonide used more frequently or in the higher doses than recommended doses, it shows systemic corticosteroid side effects such as hypercorticism and adrenal suppression.

As described, budesonide in higher doses can cause adrenal insufficiency, and if you see the symptoms such as tiredness, weakness, nausea and low blood pressure, you should discontinue the budesonide nasal spray slowly with the accepted procedure because abrupt discontinuation can cause withdrawal symptoms.

The withdrawal symptoms may include joint and/or muscular pain, fatigue, weakness, nausea, vomiting, hypotension, lassitude, and depression. Patients previously treated for prolonged periods with systemic corticosteroids should be weaned off slowly when transferred to topical corticosteroids and carefully monitored for acute adrenal insufficiency in response to stress.

Can Budesonide cause tiredness and why?

When administered in higher than recommended doses, budesonide can cause symptoms (tiredness, weakness, nausea, and vomiting) of adrenal suppression. Adrenal suppression can cause adrenal insufficiency. In adrenal insufficiency, the adrenal glands do not produce enough steroid hormones because of which shows the symptoms like tiredness and weakness, nausea, vomiting, and low blood pressure occurs.

Can Budesonide cause an increased risk of infection, loss of bone strength, and cataracts

Budesonide and other steroid reported causing bone diseases. Glucocorticoids were introduced for the treatment of systemic diseases but frequent uses of glucocorticoids cause serious side effects such as osteoporosis and metabolic bone diseases. The appearance of bone disorders among steroid users are as follows:

The Effects of Inhaled corticosteroids (ICS) such as budesonide on bone health were severe. It shows poor bone health and reduced quality of life.

Can Budesonide cause ocular herpes and why?

Can Budesonide nasal spray be used during pregnancy?

Can budesonide nasal spray be used during breastfeeding?

This medication should use with caution. It is excreted in human milk. It should be used only if benefits outweigh risks.

The side effects of budesonide includes:

Serious side effects of budesonide include but are not limited to:

Budesonide nasal spray is contraindicated in patients with hypersensitivity to budesonide and to any of its ingredients.

You should always tell your doctor about the other medications that you are taking because there are many medications, even food that can interact inside our body.

Over – the – counter (OTC) medications such as vitamins, dietary supplements, herbals or any drugs can interact with other drugs that you are taking.

You should not take budesonide if you are taking the following drugs:

If you are taking the budesonide brand Uceris, you should avoid medications for fungal infections like Extena or Ketozole (ketoconazole) and Sporanox or Omnel (itraconazole).

Can I take Budesonide and Alcohol?

Alcohol and budesonide should not be administered concurrently because both budesonide and alcohol can cause dizziness. The consumption of alcohol along with budesonide can worsen the condition. Heavy machinery work and driving should be avoided if alcohol is taken with budesonide.

Can I take grapefruit juice and Budesonide nasal spray?