Can Carbamazepine be used in combination of Gabapentin?

Carbamazepine belongs to the class of medications known as anticonvulsants that works by decreasing nerve impulses responsible for causing seizures and pain. Carbamazepine is an anti-epileptic as well as mood Stabilizer agent.

It is a prescription medication and is available under generic name Carbamazepine and marketed under various trade names such as Tegretol, Carbatrol, Equetro, Epitol, Atretol, Teril including others. The drug was first marketed in 1962 and approved by FDA in March 1968. The drug is also on the WHO Model List of Essential Medicines, which includes the most important medications needed in a basic health system.

Carbamazepine is a tricyclic compound that is structurally related to tricyclic antidepressants (TCA) with anticonvulsant and analgesic properties. The drug is chemically known as 5H-dibenz[b,f ]azepine-5-carboxamide. The drug has a molecular weight of 236.26858 g/mol and its molecular formula is C15H12N2O.

Carbamazepine is also indicated for certain psychiatric disorders such as schizoaffective illness, resistant schizophrenia, and dyscontrol syndrome (characterized by limbic system dysfunction). Carbamazepine also plays important role in alcohol detoxification and is effective in rapidly relieving anxiety and distress of acute alcohol withdrawal and also for symptoms such as seizures, hyperexcitability, and sleep disturbances.

Carbamazepine is also recommended either alone or in combination with other agents such as clofibrate or chlorpropamide for the treatment of partial central diabetes insipidus.

Carbamazepine is also prescribed either alone or in combination with lithium and/or antidepressants or antipsychotics to treat patients with bipolar disorders (manic-depressive illness) who do not either respond to, or tolerate, lithium or neuroleptics alone.

The patients respond differently to Carbamazepine due to its variable transport, especially across the blood-brain-barrier. The drug is supplied in various forms including tablets, chewable and extended release tablets, extended release capsules and as suspension in varying doses to take orally with or without food. The tablets are available in strength of 200 mg, whereas chewable tablets as 100 mg and suspension as 100 mg/5ml.

Gabapentin is a prescription drug that belongs to the class of medications known as antiepileptic or anticonvulsant medicines. It is used to help control certain types of seizures in people with epilepsy. The drug was first approved by Food and Drug Administration (FDA) in 1993 under the brand name Neurontin and manufactured by Pfizer.

However, the generic Gabapentin was approved by FDA in 2003 and several drug companies are responsible for its manufacturing. The drug is available under generic name Gabapentin and is marketed under various brand names Neurontin, Gralise, Horizant, Fanatrex FusePag, Gabarone, Aclonium.

The drug is also available under street name “morontin’’ and creates the effects of the drug resulting in lethargy and sleepiness. Although Gabapentin is not a controlled substance i.e., has no potential for addiction but results in production of withdrawal symptoms and few psychoactive effect which are characteristic features of addictive drugs.

Gabapentin is a synthetic analogue of the neurotransmitter gamma-aminobutyric acid (GABA) that results in an inhibition of the excitatory neuron activity. Gabapentin is chemically known as 1-(aminomethyl) cyclohexaneacetic acid. The drug has a molecular formula C9H17NO2   and has molecular weight of 171.24 g/mol. The drug is used for the treatment of seizures disorders in adjunctive therapy.

The drug is also indicated for the treatment of partial onset seizures in children 3 years and older with epilepsy. It is also recommended for the management of postherpetic neuralgia (nerve damage from herpes zoster virus also known as shingles) in adults as well as diabetic peripheral neuropathy.

The drug is also prescribed for the treatment of restless leg syndrome (RLS, a condition characterized by discomfort in the legs and a strong desire to move the legs, particularly during night and while sitting or lying down).

Gabapentin is supplied in the form of capsules, tablets and solution (with active ingredient as gabapentin) which is to be taken orally with or without food, three times a day with a glass of water. The capsules are available in varying strength of 100, 300, and 400 mg, tablets in strength of 100, 300, 400, 600, and 800 mg whereas solution is available as 250 mg/5 ml.

The dose of the drug varies with the diseased state and response to treatment. In case of children, the dosage is also based on weight. The recommended dose for postherpetic neuralgia and seizures is 1800 and 900-1800 mg/day respectively in 3 divided doses. 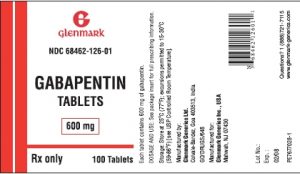 How Carbamazepine and Gabapentin work?

The exact mechanism of action of Gabapentin is not known, however, it is speculated to exert its effect by interacting with a high-affinity binding site i.e., an auxiliary subunit of voltage-sensitive Ca2+ channels in brain membranes.

This is accompanied by an increased synthesis of neurotransmitter GABA, increased non-synaptic GABA responses from neuronal tissues and reduction in the release of several mono-amine neurotransmitters in the brain. This effect of Gabapentin is mediated by the reduction of the axon excitability in the hippocampus by its binding to presynaptic NMDA receptors.

The antihyperalgesic and antiallodynic effects of Gabapentin are mediated by the activation of the descending pain inhibitory system (noradrenergic system), resulting in the activation of spinal alpha2-adrenergic receptors. Gabapentin effects are also attributed to its binding to the adenosine A1 receptor (also causes its activation), protein kinase C, and inflammatory cytokines.

Carbamazepine is a commonly used antiepileptic drug that acts through multiple mechanisms including blockade and potentiation of cation channels and modulation of neurotransmitter levels. Carbamazepine causes stabilization of the hyperexcited nerve membranes, inhibits repetitive neuronal discharges, and reduces synaptic propagation of excitatory impulses.

It is speculated that prevention of repetitive firing of sodium-dependent action potentials in depolarised neurons via voltage-dependent blockade of sodium channels may be its main mechanism of action.

The antiepileptic effects may be attributed to the reduction of glutamate release and stabilization of neuronal membranes whereas the antimanic properties of Carbamazepine are dependent on its depressant effect on dopamine and noradrenaline turnover.

Carbamazepine (a GABA receptor agonist) ability to potentiate GABA receptors consisting of alpha1, beta2, and gamma2 subunits may contribute to its efficacy in neuropathic pain and bipolar disorder. The drug exerts its antidiuretic effect via exertion of hypothalamic effect on the osmoreceptors mediated through the secretion of antidiuretic hormone (ADH), or direct effect on the renal tubule.

The anticonvulsant effect occurs via postsynaptic action of the drug to limit the ability of neurons to sustain high frequency repetitive firing of action potentials through enhancement of sodium channel inactivation; alteration in neuronal excitability, and presynaptic action to block the release of neurotransmitter by blocking presynaptic sodium channels and the firing of action potentials, resulting in decrease in synaptic transmission. 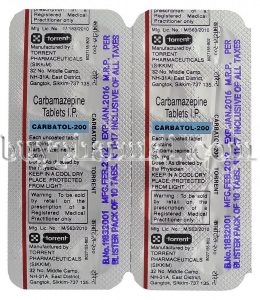 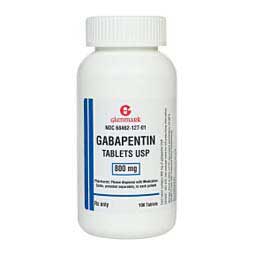 Yes, both the drugs can be used in combination to treat the trigeminal neuralgia. Studies indicate the effectiveness and safety of concurrent use of Carbamazepine with Gabapentin with no significant interactions.

Studies conducted in patients suffering from epilepsy revealed that combination of Gabapentin and Carbamazepine is well tolerated and mean steady state plasma concentration of Carbamazepine remains significantly unaltered upon Gabapentin administration. Study also indicated that Gabapentin when added to Carbamazepine was found to have a synergistic effect in trigeminal neuralgia.

Also, moderate to no drug interaction exists between Carbamazepine and Gabapentin. Patients of multiple sclerosis with refractory trigeminal neuralgia receiving therapeutic level of Carbamazepine showed that the addition of Gabapentin resulted in a significant reduction in the dose of Carbamazepine to a level below that considered effective for relieving pain.

Hence, Gabapentin can be used as add-on therapy to Carbamazepine without any concern of drug to drug interaction. Low-dose Gabapentin combined with either lamotrigine or Carbamazepine can be useful therapies for trigeminal neuralgia in multiple sclerosis.

Besides, studies also demonstrated that addition of Gabapentin to Carbamazepine resulted in better clinical response in terms of reduction of weekly episodes of pain with reduced intensity

“Can you mix lyrica and gabapentin?“
“What is oxytocin nasal spray used for?“