Focalin is the name of a drug product which contains dexmethylphenidate hydrochloride as an active ingredient. Focalin is the brand name of the drug while the pharmacologically active ingredient which is present in the formulation is dexmethyphenidate hydrochloride. It acts on the central nervous system and stimulates it. The drug is used primarily for the treatment of attention deficit hyperactive disorder (ADHD).

It normally works by altering the levels of neurotransmitters in the brain which primarily includes norepinephrine and dopamine and the drug usually acts by increasing the levels of these chemicals. The drug may also be used by patients of narcolepsy for alleviating the symptoms. 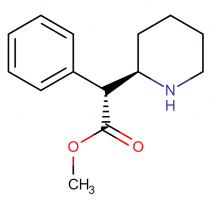 Drug class: This compound belongs to the class of organic compounds known as aralkylamines. These are alkylamines in which the alkyl group is substituted at one carbon atom by an aromatic hydrocarbyl group.

The drug acts as a stimulant of the central nervous system and is available as tablet dosage form in 3 strengths. Each tablet consists of dexmethylphenidate hydrochloride 2.5, 5 or 10 mg which is taken orally. This CNS stimulant is chemically described asmethyl α- phenyl-2-piperidineacetate hydrochloride, (R,R’)-(+)- having a molecular weight of 269.77 g/mol.

The colour of dexmethylphenidate hydrochloride is white to off-white and is in powder form. It forms acidic solutions. It is only slightly soluble in organic solvents like chloroform and acetone while it is freely soluble in water and alcohols like methanol. Focalin is a combination of pharmacologically active ingredients as well as pharmaceutical excipients. These excipients are inert and pharmacologically inactive in nature.

What are the active and inactive ingredients of Focalin?

What is the mechanism of action of Focalin?

The active ingredient in the drug is dexmethylphenidate hydrochloride which is a synthetic amine having sympathomimetic properties and also stimulates the central nervous system. It increases the release of neurotransmitters particularly norepinephrine and dopamine in the brain and also prevents their uptake.

This leads to an increase in the motor activity resulting in excitement, euphoria, mental alertness and suppression of appetite. Therefore, the drug is primarily used in attention deficit hyperactive disorder while it may also be used for the treatment of fatigue and other nervous system effects resulting from chemotherapy. 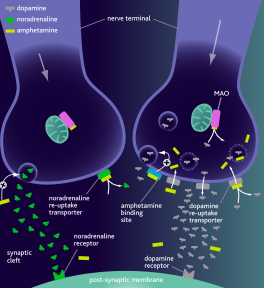 How should Focalin be taken?

What if a dose of Focalin is missed?

In such cases, it is advisable to skip the dose and patient should continue with the prescribed dosing schedule. Moreover, doubling of the dose at a single time to make up for the missed dose is not recommended.

What are the indications of Focalin?

The primary indication in which Focalin is prescribed is attention deficit hyperactive disorder. It is also included in the total treatment programme for patients with ADHD along with other physiological, educational and social measures which are taken for the treatment of patients with this disorder.

Upon oral administration of Focalin, dexmethylphenidate hydrochloride is readily absorbed from the gastrointestinal tract. The drug undergoes extensive first pass metabolism due to which the mean absolute bioavailability is 22 to 25%. When the drug is administered orally to patients with ADHD, plasma concentrations of dexmethylphenidate increase rapidly and reach to a maximum concentration within 60 to 90 minutes.

Since the pharmacokinetics of the drug are not altered followed by single or twice daily dosing, this indicates that the drug does not accumulate significantly in children with ADHD.When the drug is administered to children in single doses of 2.5 mg, 5 mg or 10 mg in the form of capsules, Cmaxand AUC0-inf of the drug were proportional to the dose.

It is not exactly known whether the drug enters breast milk or crosses placenta but upon oral administration the plasma concentrations show an exponential decline in children.

The drug is metabolized in the liver by a process called de-esterification. This process metabolizes dexmethylphenidate to d-α-phenyl-piperidine acetic acid which is also known as d-ritalinic acid. This metabolite does not possess any pharmacological activity. Upon the oral administration of the radiolabelled methylphenidate, 90% of the radioactivity was recovered in urine.

Side effects of Focalin

Common side effects caused by Focalin include:

It is advisable to tell the doctor if any of the side effects persist for longer periods or even aggravate during the treatment.

What are certain conditions in which Focalin is contraindicated?

The use of Focalin is contraindicated in the following conditions:

What are the drugs which are contraindicated with Focalin?

The use of Focalin is contraindicated with the following drugs:

Focalin during pregnancy and breast-feeding

Those women who are planning to start a family soon or those who are pregnant should consult their doctor before starting the drug. The drug is included in the US FDA pregnancy category C and should only be recommended if the benefits of the drug outweigh the potential risks associated with the use of the drug.

Animal studies have shown that the drug affects the developing fetus while the studies on humans are not adequate therefore the drug should be used with caution.

Those women who are breastfeeding their young ones must use the drug with caution. Although, there is not enough evidence to support that the drug is excreted into breast milk in humans but animal data suggests that it is excreted in breast milk. If given in large doses, the drug might interfere with milk production therefore the drug should be used with caution and after consultation with the health care provider by nursing mothers.

Focalin in geriatrics and pediatrics

The use of the drug in children less than 6 years of age has not been well established in term of the safety and efficacy of the drug. However, those children who have with cardiac abnormalities or heart problems should not be given the drug as deaths have been reported in case of using the drug in normal doses by those patients.

In case of older patients, the drug should be used with caution and at such doses that the condition of the patient does not get worse. Since geriatric patients are already suffering from heart problems or are more susceptible to cardiac abnormalities therefore the patient must consult with the health care provider before using the drug.

What drugs can interact with Focalin?

What happens if I overdose Focalin?

These symptoms require prompt and immediate treatment. This can be treated by using appropriate supportive measures along with gastric lavage of the stomach contents so that the drug which is not absorbed can be removed. The airways should be protected and the seizures should be controlled while doing gastric lavage. Activated charcoal can also be used along with other necessary measures as may be required for the detoxification of the gut.

Focalin is a drug which is included in the Schedule II under the Controlled Substances Act. This states that the drug has a high potential for abuse and can cause severe physical or physiological dependence. Focalin has potential for abuse and is used largely by abused by drug addicts. Abuse of the drug can cause over dosage and leads to life threatening symptoms which can eventually cause death if not given prompt treatment.

Many addicts become dependent on the drug since it has the potential to cause physical and physiological dependence. This dependence can be distinguished as the person experiences withdrawal symptoms upon sudden discontinuation of the drug or if the dose of the drug is decreased from a higher strength to a lower strength.

What precautions are needed with Focalin?

If you use alcohol or marijuana along with this drug so this can make you dizzy. In such cases, driving, using heavy machinery or doing activities requiring mental alertness should be avoided. If such work needs to be done then alcoholic beverages and marijuana should be avoided.

This drug can affect a child’s growth rate, weight and final adult height if it is used for a long time. In order to reduce this risk, the doctor may advise the patient to stop using the rug from time to time and you should regularly check your child’s weight and height and inform you doctor or pharmacist accordingly.

The side effects associated with the drug occur more frequently in older adults including trouble sleeping, weight loss or chest pain. This drug should only be used in pregnancy if the benefits outweigh the risks and if the doctor or the pharmacist so recommends.

What are warnings associated with the use of Focalin?

This drug can cause serious and life threatening cardiovascular events. Those children and adolescents who are suffering from serious heart problems or having structural cardiac abnormalities, when treated with the drug have had sudden deaths. Therefore, the drug should not be used in children or adolescents having serious structural cardiac abnormalities, cardiomyopathy, or serious heart rhythm problems.

In adults, the incidence of sudden deaths, stroke and myocardial infarction has also been reported when using Focalin for the treatment of ADHD. Therefore, Focalin should be used in adults suffering from coronary artery disease, heart rhythm abnormalities or other heart problems.

Those patients who are suffering from psychotic disorder should not use the drug as it may exacerbate the symptoms of behaviour disturbance. Also, those patients who are suffering from bipolar disorder can experience a mixed/manic episode if treated with Focalin for ADHD. In such instances care must be taken. Focalin can induce aggressive behaviour or hostility in children when treated with the drug for ADHD.

The drug should not be given to patients suffering from seizures as it may exacerbate the condition. This drug also has the tendency to cause painful and prolonged erections in both paediatric and adult patients. Therefore, it should be used with caution and if such event occurs then the patient should seek immediate medical attention. Patients using the drug also experience blurring of vision and difficulties with accommodation.

How to store Focalin?

Focalin should be stored in a safe place at a temperature of 59°F to 86°F (15°C to 30°C). such temperature is necessary otherwise it may lose its effectiveness and lead to deterioration of the drug. Since it is a controlled drug hence it should be kept at a place where it is inaccessible for the children.

“Is Adderall and Focalin the same?”
“What is nabumetone 750 mg tablets used for?“