What are Fordyce spots?

Fordyce spots, also called Fordyce granules or Sebaceous Prominence, are small skin colored pimples or raised pale yellowish, sometimes red spots or bumps that usually found grouped in clusters on the shaft of the penis, testicles, vulva and lips. They are common in both men and women and they affect likely 70-80% of the population. Fordyce spots are more common in men, with a ratio of 2:1 in comparison with woman.

They are possibly present from birth but they become larger and more visible from the period about puberty. They can occur as an individual lesion or more frequently in crops of about 50–100. They are much easier to be seen when the skin is stretched.

Where Fordyce spots can be found?

Fordyce spots occur on different places of mucous membranes. They are usually found on the vermillion edge of the lips, but also inside the cheeks, and on the nipples where they are called Montgomery tubercles.

In men, these spots can be also found on the scrotum and on the shaft of the penis, the foreskin, especially near the head of the penis. In women they are mostly found on the labia minora, but may also be found in the entrance to the vagina.

The spots occur naturally at birth, but in most cases they become visible for the first time around puberty. Evidence suggests the incidence tends to increase with age. Spots appear to be more visible in people with oily skin types, in patients with rheumatic disorders, and in patients with hereditary nonpolyposis colorectal cancer. In the latter, the most common localization for Fordyce spots is the lower gingiva and vestibular mucosa.

What are signs and symptoms of Fordyce spots?

Fordyce spots signs and symptoms are usually described as:

It very important to know that Fordyce spots aren’t contagious! They are not related with any disease or illness, nor are they are infectious, HIV or any Sexually Transmitted Disease. They are not some type of tumors. They are a natural manifestation on the body.

No treatment is thus needed, except the patient has cosmetic concerns. Many persons who have them sometimes consult a dermatologist because they are concerned they may have some sexually transmitted disease such as genital warts or some form of cancer. There is no need to panic! 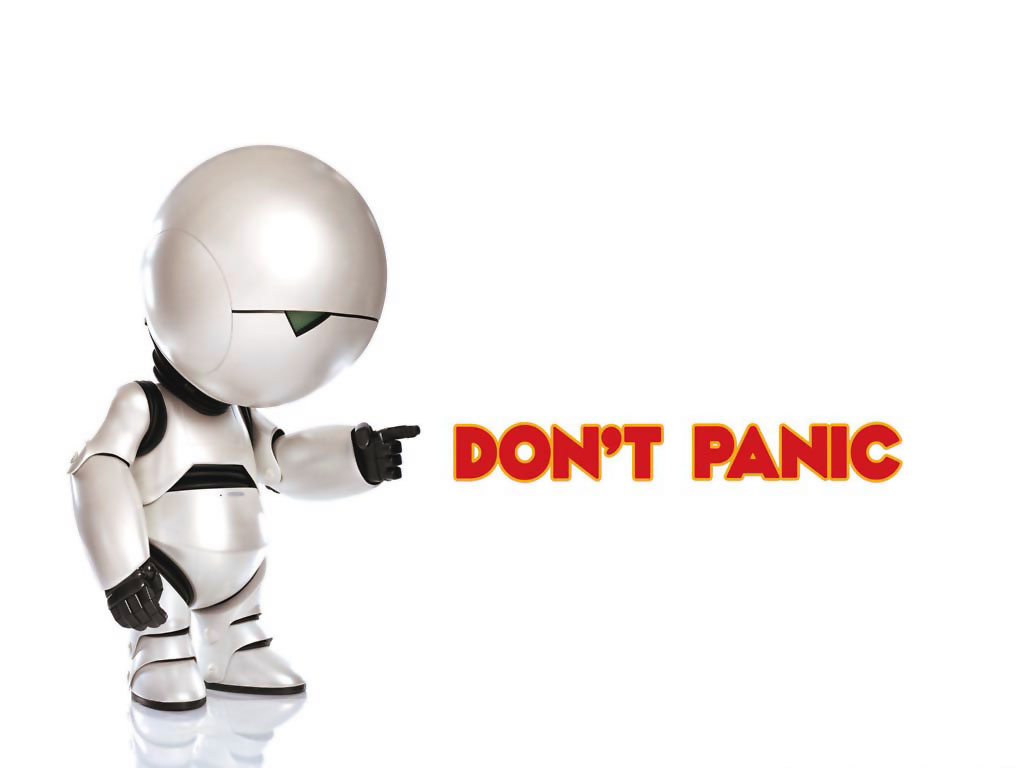 Do I have to be concerned if I have Fordyce spots?

While harmless, Fordyce’s spots can be a worry for many. Men are reasonably worried when they first notice spots on their penis, as they think that may have some sexually transmitted Infection or even some form of cancer. On a personal level, they are usually anxious about appearance of their penis and what their sexual partner might think about this.

For both sexes, Fordyce spots localized in the genital area can lead to avoiding intimacy or sexual activity, which in turn can cause anxiety and depression. Also, Fordyce spots on the lips and mouth can cause distress and anxiety in both sexes. Sufferers naturally worry that the spots on their lips will lead others to think they have a sexual transmitted disease.

There is no need to be concerned.

There are a many of treatments available. However, some are more invasive than others, some give better results and some of them not.

Can I pick or squeeze Fordyce spots?

Never do that! It is important to avoid picking and squeezing the spots, because this can worsen the condition and cause scars.

In some cases patients may need appropriate medical examination. Some Sexually Transmitted Diseases might look very similar to Fordyce’s spots at the beginning, so it is important to get a professional diagnosis from your doctor.

Do Fordyce Spots Go Away?

Yes they do, with or without treatment. These spots tend to slowly, on their own fade away. But it is also common that Fordyce spots recurrence, even if treatment has been done. Many people who find Fordyce spots on their lips and/or genitals seek medical attention early on. It is always the best option to consult a medical professional before self-diagnosing.

Punch excision is performed with local anesthetic by a dermatologist or skilled medical professional. A machine that targets the spots is used to make 1-2 mm wide holes in the skin. The individual granules are removed manually and hole receives stitches. This method has shown high efficacy, with a very low probability of reoccurrence. However there is a significant problem of causing scarring.

This procedure is also called Electrodessication or Diathermy and it can be performed by a Dermatologist, Surgeon or GP. In this procedure local anesthetic or numbing cream is used.

Hyfrecator instrument or fine probe is electrically heated to appropriate temperature and then applied to the Fordyce spots burning them away. This treatment is rapid and less expensive than other surgical options. In most cases only one session is needed, however there is a risk of scarring with this method. Healing generally needs about two weeks.

Fordyce spots can also be removed with lasers. Focused laser light burns away abnormal skin lesions at a very high temperature. The heat seals the skin around the wound minimizing pain scarring.

CO2 laser vaporization proved to be the best option treatment as CO2 laser is very precise, to the degree of 0.1mm which is particularly good when dealing with small Fordyce bumps or granules around the lips and mouth where clean results are most important. This treatment is safe and effective and causes minimal scarring, however it can be very costly and needs multiple sessions.

Photodynamic therapy is commonly used for the treatment of various forms of cancer. But, there are also reports that this method is also efficient in Fordyce spots removal. It uses a photosensitizing agent, taken orally as a drug.

Agent accumulates in abnormal skin cells. When a laser is applied to the spots, accumulated agent reacts with the oxygen and burn away the targeted cells. The side effects may include itching, burning sensation that can last several weeks and small chance of infection.

Is there any non-surgical (non-invasive) treatment for Fordyce spots removal?

Cryotherapy is most commonly used to treat genital warts. This method uses liquid nitrogen to freeze the spots. It has to be known that this method is fairly less accurate than the other methods, and must be provided by a professional. The process is usually uncomfortable and multiple sessions are usually required.

Bichloracetic acid is professionally applied to the skin by a Dermatologist. Treatment is rapid and relatively painless, however the relapse of spots is possible and ongoing treatment may be required. A burning sensation that last for a long-time is a common complaint.

Isotretinoin is an active ingredient of brand name product called Accutane, or Roaccutane, that is used as a remedy for severe acne. It has also been proven as a very efficient at treating both acne and Fordyce spots.

However, this drug may cause serious side effects such as increased sensitivity to sunlight and psychological problems including depression. Isotretinoin is usually prescribed for a 12-16 weeks treatment. Results are in most cases very successful. However once drug is discontinued there is a strong chance that spots may recur again.

Fordyce spots are known to have opening directly onto the epithelial surface. These canals allow topical treatment. Anti-Sebum topical cream has been precisely developed to treat Fordyce spots.

It uses active natural ingredients such as Serenoa, Sage, Sesame extract, Vitmain E and REGU-SEB to decrease production of sebum from overactive sebaceous gland itself. This formula absorbs excess sebaceous oils from glands, tightness the pores and reduce the appearance of Fordyce spots. It used twice a day after face washing and clearing, until spots disappear usually after 1 month.

Fordyce spots and Ph value of the skin

Ph value of the skin is around 5. Keeping the skin clean and healthy at this Ph level can help to reduce inflammation of the spots. The Ph of your skin is generally affected by factors such as water and cosmetics. It is important to avoid hidden chemicals in cosmetic products, by using natural cosmetics whenever is possible and to avoid agressive alkaline shower gels and soaps.

A diet providing plenty of minerals and vitamins from whole foods can help keep your skin in top condition. Multivitamin supplements taken at daily basis can also be helpful. Vitamin B complex and folic acid may help to shrink the papules. Folic acid can be taken in a form of supplement in foods like dark green leafy veggies such as spinach and asparagus. Vitamins A, C, D, E, and K are also beneficial.

Also, staying hydrated is good for the skin. Also some studies considered that dehydration of the skin may be the cause of Fordyce spots occurrence. Also, a recent study found that those with higher than normal levels of cholesterol and triglycerides in their blood are likely to to have a higher prevalence of Fordyce spots, indicating a connection between Fordyce spots and heart disease.

Thus, drinking more water can reduce fat levels in the blood, improving your health and removing Fordyce spots. It is recommended for an adult to drink 2 L or half a gallon of water daily.

Garlic kills bacteria in your blood stream. Since bacteria help Fordyce spots to grow, garlic is an excellent natural remedy to keep them away. Including garlic in your diet may be helpful solution for Fordyce spots removal.

Aloe Vera has antifungal and antibacterial properties. In the form of a gel it has been showed to be useful for treating a number of skin disorders, including Fordyce spots. Aloe Vera gel should be directly applied on the inflamed affected area.

There are no side effects after tea tree oil use, so it’s a great treatment for Fordyce spots. Tea tree oil has antibacterial properties that reduce bacteria growth thus relieving irritation and redness. A few drops of the oil should be applied on the affected area and rub gently.

Jojoba oil contains antibacterial agents. The wax in jojoba oil moisturizes the skin, and it also stops bacterial growth. Like tea tree oil, apply it should be applied on the skin 2-3 times daily until the spots disappear.

Honey natural antimicrobial killer and is often used for skin infections due to its soothing antiseptic properties. It’s also great for treatment of Fordyce spots. Apply a bit of organic honey mixed with a couple drops of the essential oils such as jojoba or tea tree directly to the patch of spotting.

Lemon works as a natural disinfectant and can be useful for bacterial infections on the skin. You can squeeze the juice out of a lemon and dab it on the Fordyce spots.

Vanilla is moisturizing, while the sugar acts as an antibacterial agent.

Coconut oil can be helpful for Fordyce spots because it is a natural moisturizer. For better effects coconut oil should be mixed with lavender oil and then applied on the area.

An oatmeal bath can be also helpful in Fordyce spots removal. It is commonly used for treating eczema. The soothing properties of oatmeal baths help to reduce inflammation and redness.