What is LSD? Is LSD natural or synthetic substance?

LSD or lysergic acid diethylamide is an extremely potent hallucinogenic substance that was accidentally synthesized in 1938, by Albert Hofmann, from ergotamine, a chemical derivative of ergot alkaloids.

It is a semi-synthetic substance which is produced from lysergic acid that can be found in ergot, a fungus that grows on rye and other grains. LSD is produced in a form of crystals and then mixed with solvents or diluted as a liquid for getting ingestible forms. It is colorless, odorless and has a slightly bitter taste.

It is sold in tablet form, as a small tablets known as Microdots, but also as a Sugar Cubes – gelatin squares which are commonly known as Window Panes, but most commonly LSD is formulated as a blotter paper which is sheets of absorbent paper that is impregnated or soaked in with LSD, covered with designs or artwork with different colors, and perforated into one-quarter inch square, which is actually individual dosage unit.

Is LSD a controlled substance?

In the US, LSD is categorized as a Schedule I controlled-substance, which means that it has no accepted medical indications for regular use and there is a lack of safety associated with its use.  However, LSD belongs to the group of the least addictive drugs, and is currently under studying as a therapeutic agent for cluster headaches, alcoholism, anxiety associated with terminal cancer, and management of pain.

What are LSD effects?

LSD effects are generally unpredictable. Usually, effects begin after 30 to 90 minutes of ingestion. It has intense effects. The user may feel several different emotions at once, experience extreme changes in mood or swing rapidly from one emotion to another. If large doses are taken, LSD produces delusions and visual hallucinations and states similar to schizophrenia.

Abuser may also experience impaired time perception and depth, with distorted perception of the shapes and size of objects, their movements, sound, color, touch and own body image. Sensations may seem to “cross over,” giving the feeling of hearing colors and seeing sounds. Those sensations are known as phenomenons of: Synesthesia, Chromesthesia, Kaleidoscopic view, Hallucinogen persisting perception disorder (HPPD) and Flashbacks.

These changes can be very frightening and may cause hard panic attacks, especially in those who are taking LSD for the first time and if they are alone. Some LSD users may also experience severe phobias, terrifying thoughts and feelings, fear of losing control, fear of insanity and death.

An experience with LSD is known as a “trip” and acute adverse reactions as a “bad trip”. These experiences can last pretty long, and higher doses may last for 10 to 12 hours. 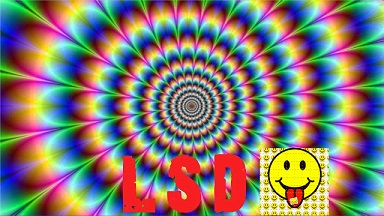 How long does LSD stay in your system – Urine, Blood, Saliva, Hair, Spine

The duration of an LSD actions or LSD “trip” typically last from 6 to 12 hours, however it is individual thing and varies on numerous factors such as: age, body weight, dosage, and tolerance. Older findings suggested that the half-life time of LSD is 2 hours and 45 minutes, but the newest studies found that LSD half-life is nearly 5.1 hours.

There are myths that traces of LSD may incorporate into spinal cord and stay here forever, and such persons may experience LSD effects for a very long time. There are no studies and scientific evidences to prove that.  Most data suggests that effects disappear when the drug has been eliminated from the blood.

What factors may influence on how long LSD stays in your body?

Many factors may have an impact on LSD elimination from the body. Those factors can be following:

“Can you take xanax after taking valium?“
“What happens if you use expired medication?“