Hydralazine is a vasodilator that acts directly and used as an antihypertensive agent. It acts by relaxes the muscles of the blood vessels in order to dilate them which reduces the blood pressure and thereby blood flows more easily through your veins and arteries. It effectively treats the high blood pressure.

The chemical formula of hydralazine: C8H8N4

The molecular weight of hydralazine:

Hydralazine belongs to the class of the organic compounds known as phthalazines which contains a phthalazine moiety. The phthalazine moiety consists of a benzene ring which is fused with a pyridazine forming a 2,3-benzodiazepine skeleton.
The molecular structure of hydralazine 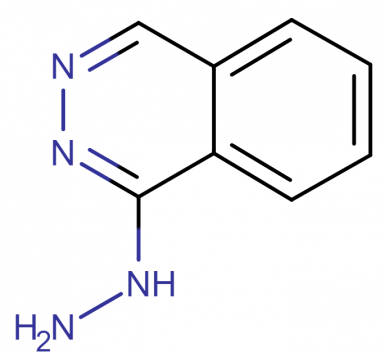 What are the indications of the hydralazine?

Hydralazine is indicated for the treatment of essential hypertension, it can be used alone or sometimes as an adjunct. It is also indicated when oral therapy is not effective in the management of severe hypertension.

In the case when there is need to lower the blood pressure immediately, congestive heart failure it is given along with cardiac glycosides and diuretics or with isosorbide dinitrate and hypertension secondary to pre-eclampsia. 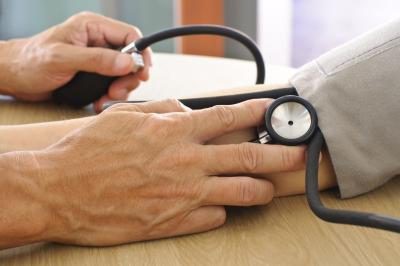 What is the mechanism of action of hydralazine?

The exact mechanism of action of hydralazine is now known, however, its major effects are seen on the cardiovascular system. By exerting a peripheral vasodilating effect, hydralazine lowers the blood pressure through direct relaxation of the vascular smooth muscle.

The relaxation of arterial smooth muscles is mediated by cyclic 3′,5′-adenosine monophosphate (cyclic AMP) by changing the cellular calcium metabolism which interferes with calcium movements in the smooth muscle which may be responsible for the maintaining or even initiating the contractile state.

Often increased heart rate, cardiac output, and stroke volume is accompanied by the reduced blood pressure as an effect of hydralazine in hypertensive patients. This occurs due to reflex response to reduced peripheral resistance.

The heart is directly not affected by this drug. The pulmonary arterial pressure, coronary, splanchnic, cerebral and renal blood flow can be increased by the hydralazine administration.

The preferential dilatation of arterioles, as compared to veins, minimizes postural hypotension and promotes the increase in cardiac output.

Hydralazine usually increases renin activity in plasma, presumably as a result of increased secretion of renin by the renal juxtaglomerular cells in response to reflex sympathetic discharge.

This increase in renin activity leads to the production of angiotensin II, which then causes stimulation of aldosterone and consequent sodium reabsorption.

Tolerance to the antihypertensive effect of the drug develops during prolonged therapy, especially if a diuretic is not administered concurrently. Hydralazine decreases systemic vascular resistance and increases cardiac output, in patients with congestive heart failure.

Hydralazine rapidly absorbed up to 90% from the gastrointestinal tract and undergoes the first-pass metabolism by the means of genetic polymorphic acetylation.

It does not undergo first-pass metabolism when administered intravenously, therefore it gets refrain from getting affected by acetylation phenotype.

After the drug reaches the systemic circulation, it is combined with endogenous aldehydes and ketones, including pyruvic acid, to form hydrazone metabolites.

Hydralazine is excreted mainly in urine in the form of metabolism as it goes under first pass metabolism. It shows the elimination half-life of 3 to 7 hours.

How long does hydralazine stay in your system?

Can hydralazine be taken in pregnancy?

It comes under the US FDA pregnancy category C, which means this drug has not shown any adverse effects when used in animals or as per animal studies. However, there are no adequate studies are given in humans.

Can hydralazine be taken by nursing mother?

The use of this drug by the nursing mothers is considered acceptable. However, as per some expert’s advises, it should be used only if the benefit outweighs the potential risk.

This drug is known to be excreted in human milk. Moreover, hydralazine has been known to be used without apparent harmful effects in the nursing infant.

What are the side effects of the hydralazine?

Hydralazine can cause some serious side effects, you should contact your doctor immediately in case you see any of these side effects:

Less serious side effects include:

What are the contraindications of hydralazine?

Hydralazine use for blood pressure?

In a study, when the adverse events and clinical impact of its use were studied, it showed no firm conclusions regarding its effects on blood pressure when compared with placebo as a monotherapy for the treatment of primary hypertension.

The study showed that hydralazine can cause adverse events such as tachycardia i.e. increased heartbeat, hemolytic anemia, vasculitis, glomerulonephritis, and lupus like syndrome. Therefore consider talking to your doctor before taking this medication.

Can hydralazine be used for heart failure?

Hydralazine is a smooth muscle relaxant and potent arteriolar dilator. It showed increased cardiac output, stroke volume and reduced vascular resistance without any significant change in pulmonary and systemic venous pressure due to its hemodynamic effect in a patient with heart failure.

However, the role of long-term hydralazine therapy in these patients remains uncertain. Hydralazine produces sustained and beneficial hemodynamic and clinical effects in patients with chronic heart failure with the low cardiac output.

Can hydralazine cause itching or skin rashes?

A study was done on an elderly woman who complaints about generalized weakness and nausea with hypertension.

Hydralazine was started as initiation therapy and she suffered from erythematosus maculopapular rashes that appeared on her right forearm and left leg which was well demarcated. These rashes then transformed into a ballous rash.

Furthermore, a similar rash or patch appeared on her forearm that showed similar progression and this time it was associated with generalized edema of the extremities.

Therefore hydralazine was discontinued after clinical diagnosis of drug-induced toxic epidermal necrolysis. After discontinuation of hydralazine, the improvement was observed in skin lesions with complete subsequent resolution.

Due to rapid resolution of lesions, the skin biopsy wasn’t performed. The risk and chances of occurrence of systemic lupus erythematosus, scleroderma, and other undifferentiated connective tissue disorders were ruled out by checking a negative screen for autoantibodies.

Finally, the treatment of the skin rashes caused by hydralazine concluded was discontinuation of the offending drug and supportive care.

Can hydralazine be given in patients with renal impairment?

The development of the glomerulonephritis is associated with the use of hydralazine. In patients with advanced renal damage, hydralazine should be used with extreme caution, these patients may require a lower dose.

The renal function should be monitored and supported as per requirement of the patient.

Can hydralazine be given in patients with coronary artery disease?

The use of hydralazine in patients with coronary artery disease is strictly contraindicated. In such patients, reflex tachycardia may occur.

Such patients also reported having palpitations and chest pain as well. The use of hydralazine may also be associated with the myocardial infarction, therefore, one with coronary artery disease should not take this medication.

Can hydralazine be taken with aspirin?

The antihypertensive effects of the hydralazine and dihydralazine can be attenuated by the concurrent use of NSAIDs (nonsteroidal anti-inflammatory drugs).

As per this interaction, one can suggest that prostaglandins play a pivotal role in vasodilatory effects of hydralazine. However, one should understand the fact this data have been conflicting.

One should monitor the antihypertensive effects of hydralazine or dihydralazine during concurrent therapy as per recommended management.

Can hydralazine be taken with simvastatin?

The concurrent administration of hydralazine and simvastatin can increase the risk of peripheral neuropathy as these agents are associated with such adverse effect.

The patients who are suffering from diabetes or patients older than 60 years are more prone to the risk. In many cases, even after discontinuation of the therapy, the neuropathy may progress or even may become irreversible.

One should practice caution during concomitant use of agents with neurotoxic effects. Patients should be monitored closely for symptoms of neuropathy such as burning, tingling, pain, or numbness in the hands and feet.

Since the development of peripheral neuropathy may be dose-related for many drugs, the recommended dosages should generally not be exceeded.

Consideration should be given to dosage reduction or immediate discontinuation of these medications in patients who develop peripheral neuropathy to limit further damage.

If feasible, therapy should generally be reinstituted only after resolution of neuropathy symptoms or return of symptoms to baseline status. In some cases, permanent dosage reductions may be required.

Can hydralazine be taken with deflazacort?

Concurrent administration of the hydralazine and deflazacort can cause moderate interaction. Corticosteroids can induce sodium and fluid retention thereby antagonizes the effects of antihypertensive medications.

In agents with great mineralocorticoid activity such as cortisone and hydrocortisone, such effects are more common.

Whereas corticosteroid plasma levels can be increased by some calcium channel blockers (like diltiazem and verapamil) and effects by inhibiting their clearance via CYP450 3A4 metabolism.

Patients should be observed for the development of edema and congestive heart failure in case they are on prolonged or high dose corticosteroid therapy.

As in such patients blood pressure, electrolyte levels and body weight should be monitored regularly. The dosages of antihypertensive medications may require adjustment.

Can hydralazine be taken with dapsone?

Concurrent administration of dapsone and hydralazine can cause moderate interaction. The combination of these two medications can increase the risk of peripheral neuropathy that is associated with the adverse effect.

The patients suffering from diabetes or who are older than 60 years of age are at more risk. In many cases, despite discontinuation of medications, neuropathy may progress with time or become irreversible.

These agents which carry neurotoxic effects should be administered concurrently or avoided when possible.  The symptoms such as burning, tingling pain, or numbness in hands or feet should be monitored in patients.

The recommended dose should not be exceeded because the development of peripheral neuropathy can be dose-related for certain drugs.

In case a patient develops peripheral neuropathy, the dose reduction should be considered or the discontinuation of the drug should be done immediately in order to prevent further damage.

After the resolution of the neuropathy symptoms, the therapy can be reinstituted. This can be checked by the return of the symptoms to baseline status. Sometimes, permanent doses reduction may be required.