A349 is an imprint on a pill identified as white and round shaped. Pill contains acetaminophen in dose of 325 mg and oxycodone hydrochloride in dose of 5 mg. Oxycodone is an opioid drug and strong analgetic medication, sometimes called a narcotic. Acetaminophen is a less potent pain reliever drug that increases the effects of oxycodone. This combination pill is used to treat chronic moderate to severe pain. It is supplied by Actavis Elizabeth LLC. 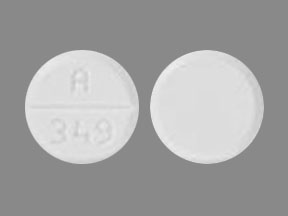 Active ingredients of A349 white pills

A349 white pills contain a combination of two active ingredients: oxycodone and acetaminophen.

Oxycodone or 14- hydroxydihydrocodeinone is a semisynthetic opioid analgesic substance which occurs as a white to off-white fine crystalline powder.

Acetaminophen is a non-opiate, non-salicylate analgesic and antipyretic substance which occurs as a white, odorless, crystalline powder. 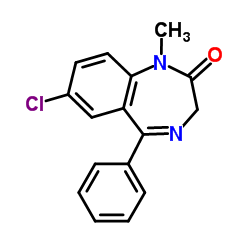 Drug class: Oxycodone belongs to the class of organic compounds known as phenanthrenes and derivatives which are polycyclic compounds containing a phenanthrene moiety, that is a tricyclic aromatic compound with three non-linearly fused benzene. 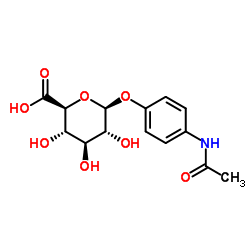 Drug class: Acetaminophen belongs to the class of organic compounds known as 1-hydroxy-2-unsubstituted benzenoids which are phenols that a unsubstituted at the 2-position.

A349 pills are prescribed for the treatment of pain which is severe enough to require an opioid analgesic and for which alternative treatments are inadequate.

A349 pills have a high potential for abuse and are classified as a Schedule 2 by the Controlled Substances Act (CSA). This means that the drug has a currently accepted medical use in treatment in the United States or a currently accepted medical use with severe restrictions. Abuse of the drug may lead to severe psychological or physical dependence.

What are different brand names for combinations of oxycodone and acetaminophen

Different brand names for combinations of oxycodone and acetaminophen are:

A349 white pill price and prescription

A349 white pills mechanism of action

Oxycodone exhibits its actions as a weak agonist at mu, kappa, and delta opioid receptors within CNS. This drug mainly acts on mu-type opioid receptors, which are coupled with G-protein receptors and works as modulators, both positive and negative, of synaptic transmission via G-proteins that activate effector proteins.

After binding to its receptors, oxycodone stimulates the exchange of GTP for GDP on the G-protein complex. Since the effector system is adenylate cyclase and cAMP placed at the inner surface of the plasma membrane, then opioids decrease intracellular cAMP concentrations by inhibiting enzyme adenylate cyclase.

Subsequently, the release of nociceptive neurotransmitters such as dopamine, acetylcholine, substance P, GABA, and noradrenaline is inhibited. Opioids such as oxycodone may also inhibit the release of hormones such as vasopressin, somatostatin, insulin, and glucagon.

Acetaminophen belongs to the group of weaker analgesics. It is suggested that this drug acts primarily in the CNS, where it increases the pain threshold inhibiting both isoforms of enzyme cyclooxygenase, COX-1, COX-2, and COX-3 involved in prostaglandin (PG) synthesis. Compared to other NSAIDs, acetaminophen does not inhibit enzyme COX in peripheral tissues and, thus, has no peripheral anti-inflammatory affects.

Studies also found that acetaminophen selectively blocks a variant of the COX enzyme that is different from the known variants COX-1 and COX-2 which is now referred to as COX-3. However, its exact mechanism of action is still poorly understood. Acetaminophen’s antipyretic properties are most likely due to direct effects on the heat-regulating centers of the hypothalamus.

A349 white pill side effects

Oxycodone may cause following side effects:

Acetaminophen may cause following side effects:

How long A349 pills stay in the system?

According to this data, it can be expected that acetaminophen from A349 pill will be cleared from the body in just over 17 hours.  Some data also speculate that the half-life of acetaminophen could even be shorter (at 2 hours), resulting in its clearance in under 11 hours.

Therefore a majority of A349 users will have fully (100%) eliminate both the oxycodone and acetaminophen ingredients from their system within 24 hours. Very rarely, clearance may be prolonged between 24 and 48 hours.

A349 white pill safety of use