What are parabens? How do they work?

Parabens, the alkyl esters of p-hydroxybenzoic acids (PHBA), are a group of non persistent chemicals used individually or in mixtures to reach preferred antimicrobial and preservative
effects. 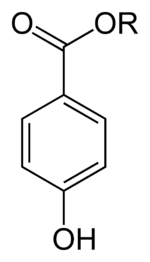 Because of their substantial antimicrobial capacity, low toxicity, relatively non-irritating and non-sensitising properties, parabens have in various combinations been used as preservatives in cosmetics and toiletries for decades. Short chained parabens are more hydrophilic and the long chained are more lipophilic.

The estrogenic activity of parabens was first identified in 1998. and has since been validated in vitro and in vivo. Parabens bind human estrogen receptors, although with affinities 10,000 to 1,000,000 times less than estradiol.

However, this effect did not prevent implantation of a fertilized egg, which is considered the most sensitive measure of estrogen toxicity. It has been hypothesized that the estrogenic activity of parabens may promote breast cancer development.

Dr Darbre reports finding parabens in samples of human breast tumour tissues but she also found quantities of parabens in “blank” samples that did not contain any tissue at all. Thus, the significance of her results is not easy to ascertain.

Extensive independent research has previously shown that any traces of parabens that might enter the skin are completely broken down by skin cells to harmless substances that cannot pose any risk of breast cancer.

The concentration of estradiol in normal human breast tissue is 55.3 pg/g, suggesting there is a safety margin of 10 to 1000 times for parabens to approximate normal estradiol activity. The paraben breast cancer data shows no or low parabens in a subset of patients and there are no comparisons with normal controls.

According to a number of leading cancer research organisations, there is no plausible biological mechanism by which antiperspirants and deodorants could cause breast cancer. Dr Chris Flower of the CTPA said “Extensive research available to our members continues to indicate that there is no proven link between rising breast cancer rates and the use of antiperspirants or deodorants.

Dr Darbre’s research is based on an extremely small sample of 20 breast tumour cases and does not include any reference samples from normal tissues.” Hence, having not established a clear correlation, it is difficult to put forth a causal relationship between parabens and breast cancer development.

Another major area of study has been the effect of parabens on the male reproductive system, but findings are conflicting. One in vitro study found that human sperm were not viable when exposed to parabens at concentrations of 1 mg/mL. In vivo studies in mice did not replicate this result, with no spermatotoxic effects at paraben concentrations of 1%.

Conflicting results have also been reported in rats, with one study showing decreased sperm number and activity while another study found no adverse reproductive effects. In humans, men with fertility problems including low sperm count and decreased motility were assayed for paraben exposure by measuring urine paraben levels. No correlation between sperm count or motility and parabens levels was found.

Government regulatory boards have examined parabens and most have agreed that current concentrations of parabens are safe for consumer use. The European Union (EU) has set up limits on paraben use that have also been reviewed by the European Scientific Committee on Consumer Products (SCCP).

In 2006, the SCCP concluded that parabens can be safely used in cosmetic products at concentrations of 0.4% for any individual paraben and 0.8% for total paraben concentrations. These limits echo the legislative limits put in place by the EU. The Danish government went further in 2011. by banning the use of parabens in personal care products intended for children younger than 3 years of age.

This decision is based on the possibility of high systemic absorption from an immature metabolism and skin barrier dysfunction. In the United States, the Cosmetic Ingredient Review (CIR) assesses ingredients for safety and is reviewed by the US Food and Drug Administration (FDA). The CIR has recommended the same maximum paraben concentrations as suggested by the SCCP and as legislated by the EU.

However, it should be noted that the CIR recommendations are only guidelines and manufacturers are not required to follow them. Likewise in Canada, there are no laws regulating paraben concentrations, but Health Canada agrees with the FDA and the CIR in regards to the safety of parabens and the adoption of maximum concentration guidelines.

The French Commission on Cosmetology 2005 was of the opinion that more information is needed to confirm the safe use of parabens (especially for propyl- and butyl paraben) in cosmetic products.

They concluded that there are no safety concerns at the currently allowed maximum levels for methyl- and ethylparabens. Additional studies concerning reprotoxic effects and pharmacokinetic fate are required in order to evaluate the risk of butyl- and propyl parabens. 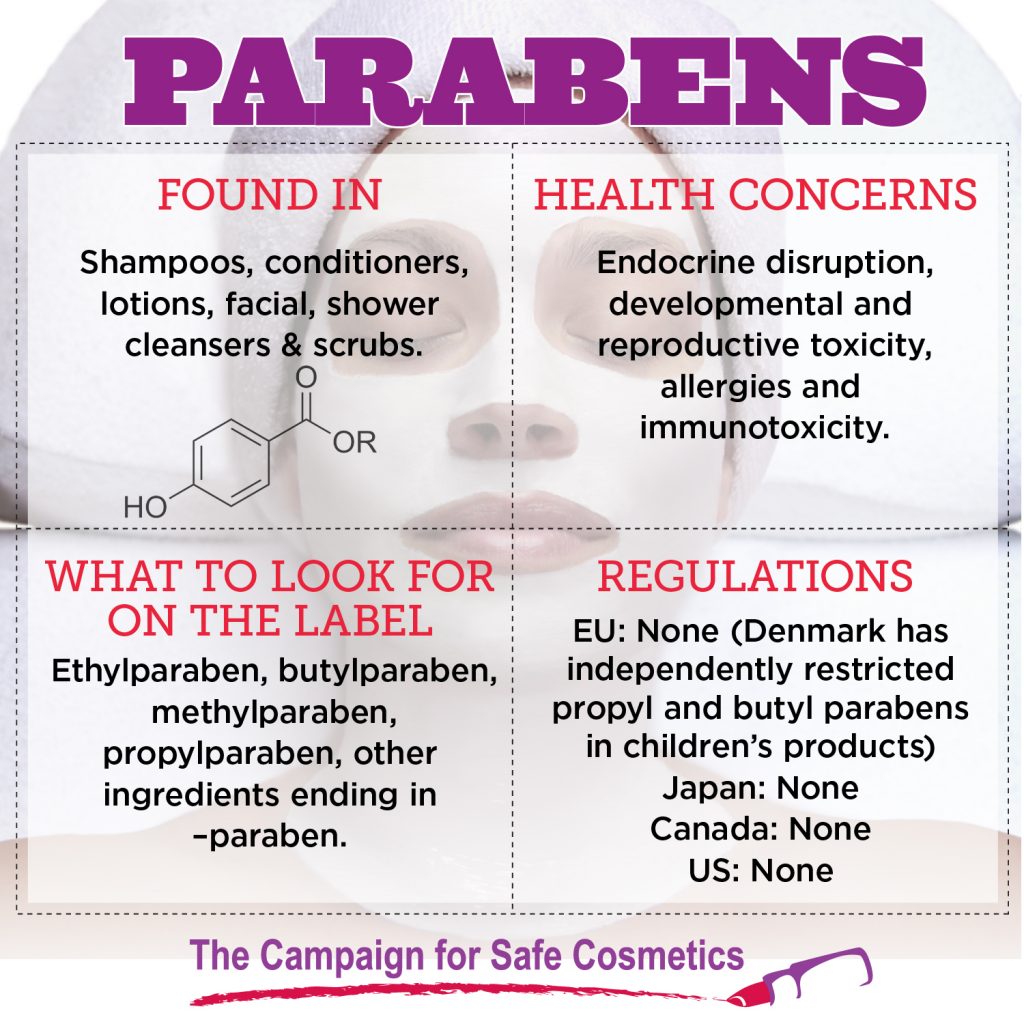 Ideally a preservative should be effective against all types of organisms such as gram negative, gram positive, yeast and fungi. If there are gaps in its activity, then other preservatives will have to be added to ensure the formulation/product is adequately preserved.

Parabens has been efficiently used for many decades. There are many studies that prove their efficacy. In 1935. Loos reported that Benzylparaben at 0,01% was effective in preventing the growth of the fungi Epidermophyton interdigitale and Microsporum audouni.

Lang and Rye in 1972. observed that the higher activity of the long chain esters over the shorter chain esters resulted from greater uptake of the former by bacterial cells. These authors suggested that because parabens are lipophilic, the action site was probably the cell membrane.

Bronswijk and Koekkoek in 1971. tested the activity of Methylparaben against Dermatophagoides pteronyssinus (house dust mite). Growth of mites was suppressed by 1% Methylparaben, at 5% and 7% mite growth was completely inhibited. According to Freese et al. (1973), parabens inhibit cellular oxidation by inhibiting compounds that donate electrons to the electron-transport mechanism of cell.

In membrane vesicles of Bacilus subtilis, uptake of 1-serine, 1-leucine, and 1-malate was inhibited by Parabens. In 1973. Allwood reported that nonionic surfactants at low concentrations may have a synergistic effect with parabens, whereas higher concentrations of the surfactant inhibit preservative activity.

Close and Neilson (1976) identified a Propylparaben resistant strain of Pseudomonas cepacia with esterases able to hydrolyze Propylparaben and use the metabolites as a carbon source.

According to Shiralkar et al. (1976), growth inhibition occurs only after a minimum concetration of paraben is reached, once this value is exceeded, inhibition is rapid. 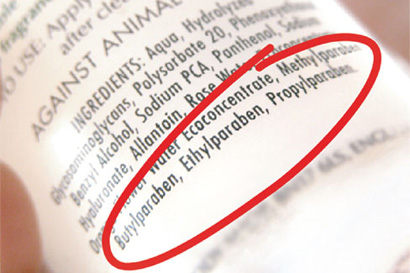 Parabens are more effective against fungi than against bacteria. Their antibacterial activity is greatest against gram-positive organisms and poorest against Pseudomonas species. Enhancement of antimicrobial coverage is achieved by combining parabens with other biocides such as formaldehyde releasers, isothiazolinones, or phenoxyethanol.

Parabens have been used for over 80 years and, despite reports of adverse reactions, they have proven to be amongst the safest and most well tolerated preservatives.

Although the possible association of parabens with decreased sperm quality and breast cancer does warrant continued examination, the current data does not support drastic regulations or personal restrictions to exposure. It is truly amazing that despite new preservatives launched during the last 30 years, parabens remains the first choice of preservative.

“How does meditation change brain waves?“