Can you take Ibuprofen with different Tylenol products

Ibuprofen is a nonsteroidal anti-inflammatory drug (NSAID). Ibuprofen is  a generic name for a drug containing the same name active ingredient. 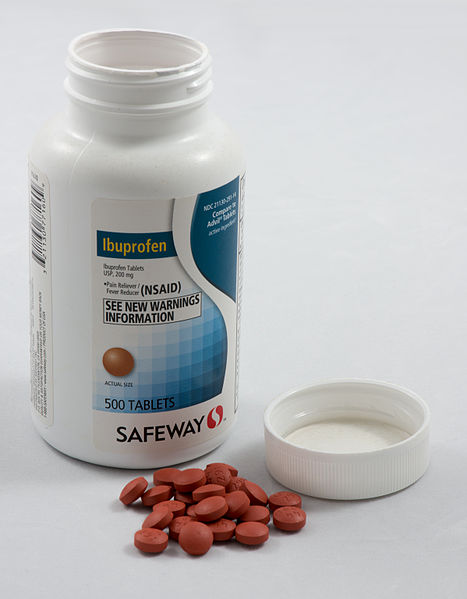 Tylenol is a Brand name for a drug that contains acetaminophen (also known as paracetamol) that has antypiretic and analgesic properties. It is used for reducing pain and fever and also for relieving the symptoms of common cold, cough, headache, toothache, allergies and influenza. Usual per oral doses for Tylenol are 325-650 mg. It is available in tablets, caplets and liquid dosage forms.

Tylenol Sinus is another Tylenol product that is used for relieving the symptoms of: sinus headache, sinus pain and pressure, sinus congestion, aches and pain and runny nose and sneezing (in Nighttime only). It is available in tablet form containing: acetaminophen 500 mg as a pain reliever/fever reducer and phenylephrine hydrochloride, 5 mg as a nasal decongestant, and chlorpheniramine maleate 2mg as an antihistamine. 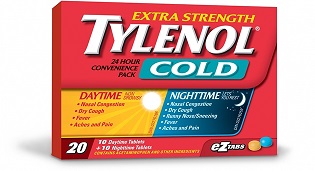 How Ibuprofen and Tylenol work in the body

Can patients take Ibuprofen and Tylenol together

Concomitant administration of ibuprofen in doses of 200 to 400 mg with Tylenol products is safe combination. There are also products on the market containing both, ibuprofen and acetaminophen in one dosage form, usually tablet.

800 mg of Ibuprofen is a strong dose for any pain, and this dose of Ibuprofen shouldn’t be taken together with Tylenol products. If pain is not relieved after 4 hours of Ibuprofen 800 mg administration, then patients can take the other drug, but never at the same time with this dose of ibuprofen, because it can upset stomach and may also cause bleeding if it is used together with other analgesics.

The table below shows side effects after Tylenol and Ibuprofen administration in recommendable doses. This Incidence can be significantly increased if these drugs are overdosed or taken together.

Special precautions and warnings during Ibuprofen and Tylenol administration: