WPI 39 70 is an imprint on pill identified as metronidazole 500mg. It is a white colored, capsule shaped pill which is used for treating certain parasitic infections as well as anaerobic bacterial infection. Its supplier is Watson Pharmaceuticals, Inc. 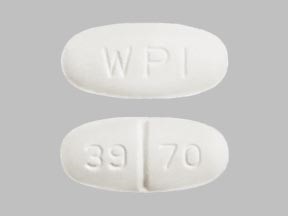 Active ingredients of WPI 39 70 pill and their identification

WPI 39 70 contains only a single active ingredient, metronidzole, which is an oral formulation of the synthetic nitroimidazole antimicrobial, 2-methyl-5-nitro-1H-imidazole-1-ethanol 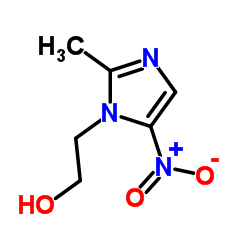 Drug class: Metronidazole is an organic compound belonging to the class of nitroimidazoles (imidazole ring which bears a nitro group).

Metronidazole 500mg is the drug of choice for the treatment of symptomatic and asymptomatic trichomoniasis in both sexual partners as well as intestinal and liver amebiasis.

WPI 39 70 is contraindicated in the following individuals

WPI 39 70 is not a controlled drug under the controlled substances act as neither metronidazole nor any of its inactive ingredients are known to cause addiction. However, this does not mean it is an over the counter drug, and can only be obtained with a prescription.

What are different brand names for metronidazole?

Generic metronidazole is marketed by several different companies in the US. The most commonly used oral formulation is Flagyl. Other oral formulations commercially available are named RTU, Metryl, and Protostat. It is also available in topical forms and is markets as Metrocream, Metrogel, Metrogel-Vaginal, Metrolotion.

Metronidazole 500mg is a reasonably priced drug used to treat certain parasitic and bacterial infections. If you have Medicare cover or insurance cover, this drug will be most likely covered by that.

Metronidazole, a prodrug, contains a nitro group which readily accepts elctrons, thereby covnerting the prodrug to its active (reduced) form.

The active (reduced) drug then covalently binds with DNA of the bacteria, disrupting its helical structure.This will lead to cessation of bacterial nucleic acid synthesis which will lead to bacterial cell death.

Since the step which converts the prodrug to its active form occurs only in anaerobic cells, human cells are also sparred damage and hence it is a very safe drug.

Metronidazole may cause following side effects:

WPI 39 70 does not cause dependence. As a result it is not a controlled substance.

Absorption: The bioavailability of metronidazole after oral intake is close to 80%.

Distribution: At any given time, the amount of drug attached to the drug is less than 20%. The volume of distribution of the drug in adults ranges from 0.51 to 1.1 L/kg.

Second reaction which takes place in the liver is glucuronide conjugation. Both the unchanged drug and the hydroxyl metabolite possess antimicrobial activity.

Excretion: The drug is eliminated by both urinary and fecal routes. Urinary route accounts for most of the elimination and fecal excretion accounts for 6% to 15% of the dose.

20% of the drug that passes through these routes is in unchanged form and the rest are its metabolites. Clearance rate of metronidazole by kidney is approximately 10 mL/min/1.73 m2.

However if there is hepatic or renal dysfunction this time will increase and therefore in such circumstances dose adjustment will be needed.