What is Atorvastatin (Lipitor)? 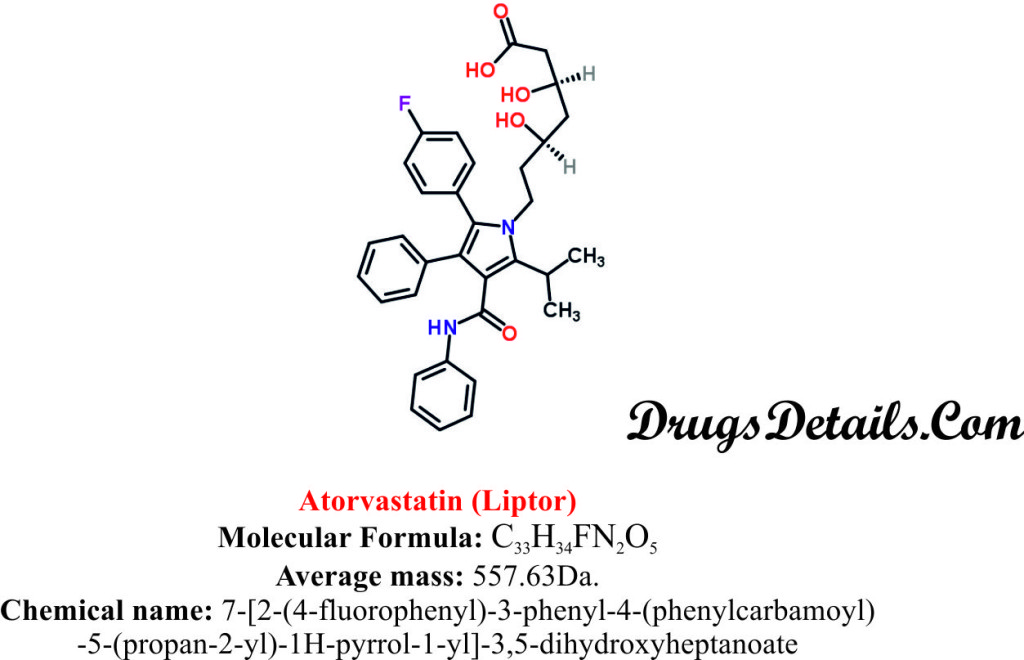 What is the generic and brand name of Drug?

Pharmacophore structure: Information about the chemical structure of the drug?

Atorvastatin chemically belongs to the class of organic compounds known as Diphenylpyrroles, a heterocyclic aromatic molecule which contains pyrrole ring attached to two phenyl groups. The detailed chemical classification of Atorvastatin is as follows.

What is the available strength of the drug?

How the medicine works (mode of action)? 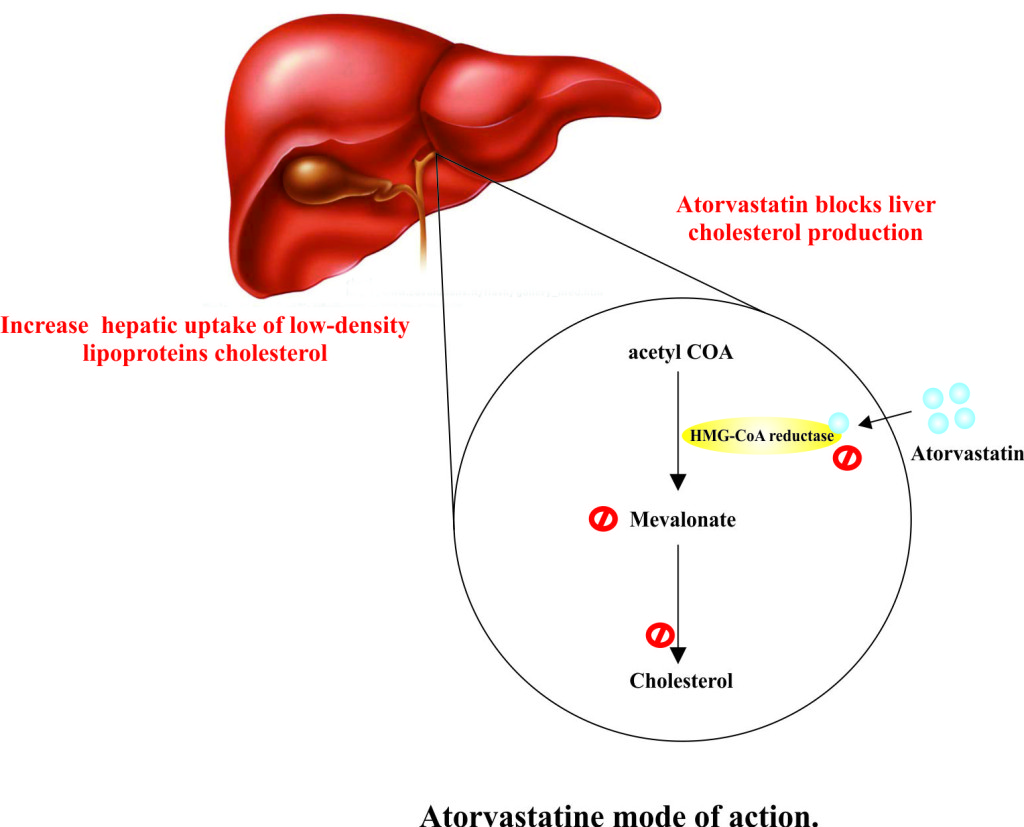 What are the recommended doses of Atorvastatin?

Atorvastatin is available in tablet form and the dosage varies depending upon the diseases status.

However, the represented dose schedule can vary according to patient response and can change on the basis of repeated lipid determinations at 4 to 8 weeks interval. Treatment should continue until disease progression or unacceptable toxicity occurs.

When should I discontinue, withhold or modify the dose of Atorvastatin?

What are the pharmacokinetic properties of the drug?

Which pregnancy category (A; B; C; D; X) has been assigned to Atorvastatin?

How to use the drugs?

How to store the drug?

How to dispose the medicine?

Does Atorvastatin has approval from government / FDA /or any other related agencies?

Other uses of the drug.

What special precautions should I follow? / What should I avoid while using Atorvastatin?

What are the possible side effects of this drug?

In addition to the associated benefits, Atorvastatin also is accompanied with the side effects some of which are more common, others less common whereas some that fade away with time while you take the drug. It is always recommended to consult a doctor if you encounter any of the side effects.

There are some adverse effects that disappear while consuming the drug with time. But, if any of them keep on persisting, consult your doctor.

Less commonly occurring side effects include:

More common side effects include:

Some of the commonly occurring side effects that require medical attention is outlined as:

Besides these, Atorvastatin may also be associated with some other side effects. These include:

What should I do in case of missed a dose?

Does Atorvastatin have any interaction with drugs?

The concurrent use of Statin such as Atorvastatin with acid derivatives, lipid modifying doses of niacin, cyclosporine, or strong CYP 3A4 inhibitors (e.g. itraconazole, HIV protease inhibitors, and clarithromycin) is contraindicated.

Does Atorvastatin have any interaction with Diseases?

Before you begin to take Atorvastatin, it is necessary to discuss any medical condition or allergies you have or any other significant medical fact. It has been observed that following conditions may interact with Atorvastatin:

Where can I get more information?

Your pharmacist can provide more information about Atorvastatin.

Clinical research and current scenario of the drug.

“How does tadalafil work for Benign Prostatic Hyperplasia?“