How Aspirin and Tylenol (Paracetamol/Acetaminophen) work (mode of action)?

The Aspirin (also known as acetylsalisylic acid) is an antipyretic, analgesic and anti inflammatory agent widely used in the treatment of mild to moderate pain.

The mode of action of Aspirin is as follows:

Tylenol is the brand name of the drug acetaminophen also known as paracetamol. The drug possesses analgesic and antipyretic properties. The name Tylenol is basically derived from chemical name of the active compound of the drug (parasitamol) i.e. N-aceTYL-para-aminophENOL (APAP).  Tylenol is used to relieve pain, fever and symptoms of allergies, cough, cold, headache, and influenza.

The mode of action of Tylenol (Acetaminophen) is as follows: 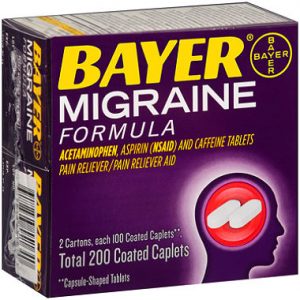 Can I take Tylenol and a daily aspirin at the same time?

It has been observed that Aspirin and Acetaminophen (Tylenol) both are widely used analgesic and antipyretic drugs to treat fever, headaches, and other minor aches and pains. Taking these two drugs is completely free of problems such as dependence, addiction, tolerance and withdrawal. In general, Aspirin in combination with Acetaminophen is widely used to treat pain and reduce the fever.

The drug combination is also used to treat back pain, muscle aches and mild inflammation or arthritis. Sometimes, Aspirin and Acetominophen are also used in combination with caffeine to treat pain associated with migraine headaches.

Safety and precautions while taking Aspirin: Tylenol in combination

Aspirin and Tylenol (Acetaminophen) both can cause severe side effects. It is therefore advisable to keep the following safety precautions in mind before taking these drugs either alone or in combination. 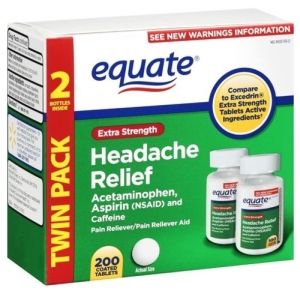 “Trazodone vs Xanax for sleep“
“Can I take tylenol with lisinopril?“