What does Zestril do in the body?

Absorption: Zestril absorption is about 25%. However, studies showed that it is widely variable between individuals (6 to 60%). Zestril has a small bioavailability of 25%. Time of maximum concentration in blood is about 7 hours. Absorption is unaffected by food.

Distribution: In blood, lisinopril does not bind to proteins.This drug does not distribute as well in people with NYHA Class II-IV heart failure.

Metabolism: Zestril doe not undergo metabolism, it is unchanged excreted in urine.

Elimination: Lisinopril is eliminated from the body completely unchanged in the urine. The half-life  is 12 hours. This is increased in people with kidney problems. 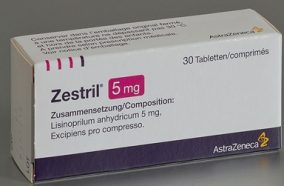 What does Tylenol do in the body?

Tylenol is a Brand name for a drug that contains acetaminophen (also known as paracetamol) as main ingredient. It has has antypiretic and analgesic properties.

It is used for reducing pain and fever and also for relieving the symptoms of common cold, cough, headache, toothache, allergies and influenza. Usual per oral doses for Tylenol are 325-650 mg. It is available in following dosages forms: tablets, caplets and liquid dosage forms.

Metabolism: Acetaminophen is primarily metabolized in the liver in following metabolic pathways: glucuronidation, sulfate conjugation and N-hydroxylation, dehydration with GSH conjugation. The hepatic isoenzyme cytochrome P450  metabolises acetaminophen forming metabolite known as NAPQI, product which is primarily responsible for the toxic effects of this drug. At recommendable doses of acetaminophen, NAPQI is detoxified with glutathione conjugation. However at higher doses (>4 g), NAPQI can cause serious liver side effects. 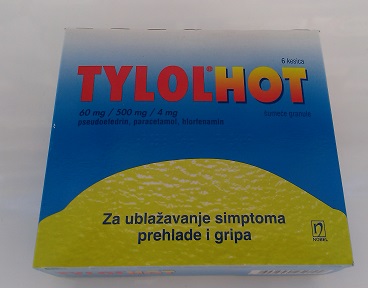 How does Zestril and Tylenol work in the body?

Lisinopril is a potent ACE inhibitor drug that antagonizes the effect of the renin–angiotensin–aldosterone system – RAAS, by blocking the actions of angiotensin converting enzyme (ACE) keeping Angiotensin I from being converted to Angiotensin II.

The inhibition of RAAS system causes an overall decrease in blood pressure. The RAAS system is a homeostatic mechanism that regulates the balance of hemodynamics, water and electrolytes.

When renal blood pressure or blood flow is reduced or during sympathetic stimulation, granular cells of the juxtaglomerular apparatus in the kidneys release renin.

ACE is also involved in the bradykinin enzymatic deactivation, which is known vasodilator. By inhibiting the deactivation of bradykinin, increased bradykinin levels can sustain further the effects of lisinopril by causing increased vasodilation and decreased blood pressure.

Can patients take Zestril and Tylenol together?

Patients should talk with their doctor first before using Zestril together with Tylenol. Combination of these drugs is generally safe because there is no interactions, however patients with liver diseases and impaired liver function should avoid this combination.

Patients may feel sleepier if they are taking Tylenol PM while taking Zestril, simply because one of the reported side effects of Zestril is drowsiness. If patient is going to sleep anyway, this shouldn’t be a problem.

The table below shows the incidence of side effects after Zestril and Tylenol administration in recommendable doses. The incidence can be increased if these drugs are taken together or overdosed.

Special precautions and warnings during Zestril and Tylenol administration:

“Can I take levothyroxine and citalopram together?“
“Can you drink alcohol while taking zyrtec d?“