What is azithromycin used for? 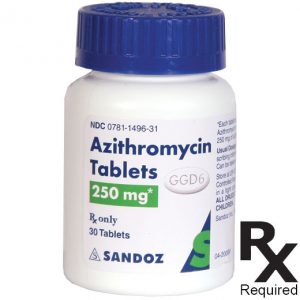 Besides this Azithromycin is also also used to prevent or treat the disseminated Mycobacterium avium complex (MAC) infection. Azithromycin (in form of ophthalmic solution) is used to treat bacterial conjunctivitis (a bacterial eye infection).

The drug is marketed under generic name Azithromycin and various brand names such as Azithrocin, Azyth and Zithromax. Pfizer company is chiefly liable for the manufacturing and marketing of Azithromycin. Inspire Pharmaceuticals marketed Azithromycin as an ophthalmic solution under the brand name AzaSite.

The drug is also prescribed for the treatment of acute bacterial sinusitis caused by H. Influenza, M. Catarrhalis or S, pneumonia. Sometime it is also used to treat the infection of H. pylori and Legionnaires’ disease (inflammatory lung infection caused by Legionella). It is also prescribed for the treatment of Whooping cough. Azithromycin is a derivatives of erythromycin and available as a dihydrate salt.

Azithromycin ophthalmic solution (AzaSite®) is available as 1% sterile solution which is an off-white viscous liquid. The dose of Azithromycin varies depending upon the age and diseased state of the patient.Pharmaceutically, Azithromycin is a semi-synthetic aliphatic heteromonocyclic antimicrobial agent with a molecular formula C38H72N2O12. 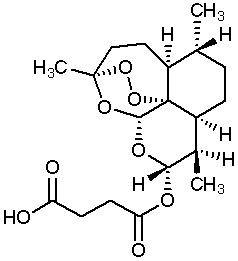 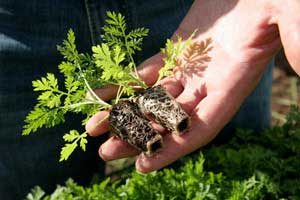 Artesunate (AS) is a part of Artemisinin group of antimalarial drugs that is worldwide used to treat the most deadly human disease Malaria cause by apicomplexian parasite Plasmodium. It is water soluble semi-synthetic derivative of Artimisinin. The drug is on World Health Organization’s List of Essential Medicines, the most important medications needed in a basic health system.

The drug was originally derived from Chinese herb Artemisin anua and is highly effective blood schizonticidal agent against Plasmodium vivax and Plasmodium falciparum malaria. The drug is primarily used to treat multidrug resistant malaria and was shown to be highly potent than quinine. The drug is now recommended by WHO to treat all cases of severe malaria. 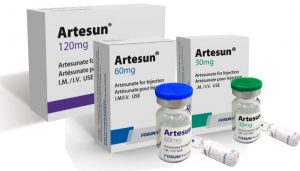 The drug is prepared from dihydroartemisinin (DHA) by treating it with succinic acid anhydride in basic medium. The drug is available in solution form for administration by intravenous or intramuscular injection. The drug is also used orally  to treat less severe forms of malaria.

How Azithromycin and Artesunate work?

Azithromycin is effective against gram positive bacteria such as Staphylococcus aureus, S. agalactiae, S. pneumonia and pyogenes, gram-negative bacteria such as Haemophilus ducreyi, H. influenza, Moraxella catarrhalis and Neisseria gonorrhoeae and some other bacteria like Chlamydophila pneumonia, Chlamydia trachomatis and Mycoplasma pneumonia. Azithromycin is a macrolides antibiotic (such as Erythromycin and Carbomycin) which acts by inhibiting the bacterial protein synthesis, quorum-sensing and formation of bacterial biofilm.

Macrolides primarily act through enhancing the dissociation of peptidyl-tRNA from ribosome, thus inhibiting transpeptidation and translocation step of protein synthesis (an intermediate steps of protein synthesis). It has been observed that Azithromycin binds with the 50S subunit of ribosome and interferes with polypeptide synthesis.

Therefore, it is predicted that stimulated dissociation of peptidyl-tRNA from ribosome is the major mechanism of action of Azithromycin. Azithromycin competes for [14C] erythromycin ribosome binding site, suggesting that it binds to the same receptor as erythromycin.

One another theory suggests that Artesunate interacts with PfATP6 (SERCA – sarco/endoplasmic reticulum membrane calcium ATPase) and thereby inhibits its function. Besides this, Artesunate is shown to accumulate within neutral lipids and cause parasite membrane damage. In one recent study, Artesunate has been shown to inhibit the essential Plasmodium falciparum exported protein 1 (EXP1), a membrane glutathione S-transferase. 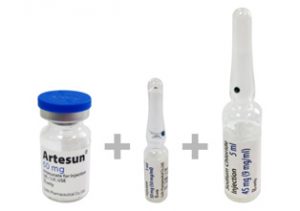 Can both Azithromycin and Artesunate be taken together in combination?

Yes, both the drugs can be taken together in combination. In fact, Azithromycin and Artesunate both are used for malaria treatment. To prevent the spread of drug resistance, the World Health organization (WHO) recommend Azithromycin (an antibiotic with antimalaria activity) as an optional combination drug for antimalarial therapy.

Clinical studies indicate the safety and efficacy of using the combination of the drugs in antimalarial treatment. Clinical studies indicate that co-administration of Azithromycin and Artesunate0 is safe, tolerable and proven to be an effective prophylactic against malaria in Africa. Azithromycin has significant antimalarial activity in vitro and with a course of treatment similar to that of Artesunate.

“Can Azithromycin be taken with Imipenem?”
“Combination Antibiotics as a Treatment for Chronic Chlamydia“