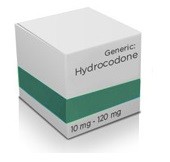 What are Naproxen and Aleve

They are nonsteroidal anti-inflammatory drug (NSAID) which are used as a pain relievers for various conditions such as: headaches, dental pain, muscle pain, tendinitis (inflammation or irritation of a tendon, a thick cord that attaches bone to muscle), menstrual cramps, and for the treatment of pain, swelling and joint stiffness caused by arthritis, osteoarthritis, juvenile arthritis, bursitis, ankylosing spondylitis and gout.

They can also be used to temporarily reduce fever and for the treatment of common cold. These drugs are available in the form of capsule and tablets in dose of 220mg of naproxen-sodium. 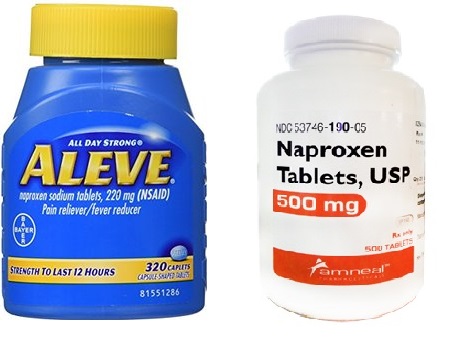 How does Hydrocodone and Naproxen work in the body

Naproxen inhibits synthesis of prostaglandins (substances in the body that play a key role in pain and inflammation processes in body tissues) by inhibiting at least 2 cyclooxygenase (COX) isoenzymes, COX-1 and COX-2.

If NSAID drug less inhibits the COX-1, less side effect would be caused. Studies showed that naproxen has a lowest risk of provoking heart attack compared to all other NSAIDs.

Can patients take Hydrocodone and Naproxen or Aleve together

Naproxen is a blood thinner and may cause bleeding in predisposed patients, so if patient is already taking Hydrocodone for the treatment of post-surgical pain, in that case, these drugs shouldn’t be used together.

There are also many other factors that can exclude the usage of Naproxen and Hydrocodone combination such as: age, past medical history, pregnancy and breast-feeding, and possible interactions with other medications, food or alcohol.

However, Naproxen is the safest NSAID for the patients with coronary disease. It has the lowest risk of provoking heart attack.

Patients should avoid Aleve products containing antihistamines such as Aleve PM in combination with Hydrocodone. Antihistamines and Hydrocodone used together can increase the risk of side effects such as drowsiness and difficulties with concentration.

The table below shows side effects after Hydrocodone and Naproxen or Advil administration in recommendable doses. The incidence can be significantly increased if these drugs are overdosed or taken together.

Special precautions and warnings during Hydrocodone and Naproxen or Aleve administration: