How does ibuprofen reduce fever 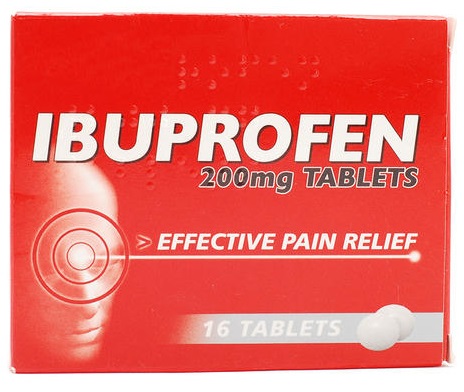 Excedrin is a Brand name for a drug containing a combination of acetaminophen, aspirin, and caffeine. Acetaminophen works as fever reducer and weak pain reliever.

Aspirin works by reducing body substances that can cause inflammation, pain and fever. Caffeine works as a stimulant of the central nervous system, and it can add analgesic effects of NSAID drugs when they are used together. In blood vessels, it relaxes muscle contractions improving blood flow.

Excedrin is used for the treatment of pain that can be caused by migraine headaches, tension headaches, menstrual cramps, muscle aches, arthritis and toothaches. It is also used as for a treatment of a common cold, or nasal congestion. 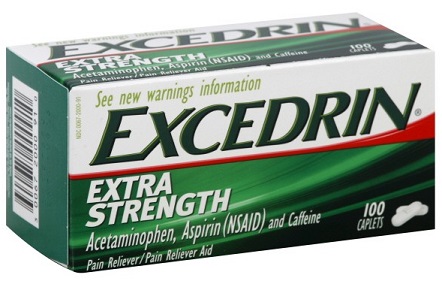 How does Ibuprofen and Excedrin work in the body

Acetylsalicylic acid works by irreversibly inhibition of the activity of both types of cyclooxygenase COX-1 and COX-2 by decreasing the formation of precursors of prostaglandins and thromboxanes from arachidonic acid.

This makes acetylsalicylic acid different from other NSAIDS drugs such as ibuprofen or diclofenac which are reversible inhibitors of COX enzymes.

In platelets low-doses of aspirin (75-100 mg) can irreversibly blocks the production of thromboxane A2, producing an inhibitory effect on platelet aggregation during the lifetime of the platelet which is 8–9 days. This property makes aspirin useful for reducing the incidence of heart attacks.

Caffeine is commonly added to common analgesics such as ibuprofen, acetaminophen and aspirin, because many studies suggest that it accelerate absorption and enhances analgesic efficacy of this drugs.

Can patients take Ibuprofen and Excedrin together

Patient should not use Ibuprofen and Excedrin together at the same time. Excedrin contains acetaminophen, aspirin, and caffeine. Ibuprofen is very similar to aspirin, and both they have same effects.

Co-administration of Ibuprofen and Excedrin will probably not be beneficial and may cause harm. If they are taken together, these medicines can increase the risk of side effects to happen by causing stomach upset and bleeding that may lead to a stomach ulcer.

The best option is to choose one product, and if it is not sufficient for their pain, patients should talk with their pharmacist or health care provider who could suggest other therapy options, depending on the type of pain they are experiencing.

The table below shows side effects after Ibuprofen and Excedrin administration in recommendable doses. The incidence can be significantly increased if these drugs are overdosed or taken together.

Special precautions and warnings during Ibuprofen and Excedrin administration:

“Can you take Metformin and Januvia together?“