Every material has its own Shelf life that determines its storage limits i.e. becoming fit or unfit for consumption or trade.  This phenomenon also imply on condoms as well and therefore after a certain time periods they become no longer be on a pantry shelf or on a supermarket shelf i.e. expire. Before knowing the expiry issue of condoms, it is necessary to know that what they are made of.

The strength, flexibility and elasticity are major properties of the condoms that are greatly affected with the passage of time. After a certain time, condoms loose their strength and flexibility therefore more likely to dry out, weaken and prone to break during a sexual intercourse.

How long does it take for a condom to expire?

An expiration date of 2016-10, suggests that condom was possibly manufactured in October 2016 and will expire on October 2021. Besides the expiration dates, the storage conditions also greatly enhance the stability of condoms. Under cool and dry conditions, condoms can last even upto six years while under direct sun light, excessive heat and moisture condoms will last only 1-2 years or even less despite their date of expiration.

The most favourable condition for condoms storage is cool dry place, away from direct sunlight, and moisture and temperatures below 100˚F / 38˚C.

Expired condoms: What happens when a condom expires?

When a condom expires it is more prone to damage during sexual intercourse. Once expiry date pass away, the latex of condoms starts to dry which make condom fragile. Besides this, the expired condom becomes non functional due to less effective substance that kills sperms (also known as spermicides).

Thus, an expired condom is unable to put off the sharing of bodily fluids of both partners i.e. unable to prevent the passage of sperm and other body fluids into the vagina and vice versa. This leads to high risk of conception, and sexually transmitted infections (HIV and other diseases or infections). Following are some common signs of expired condoms. 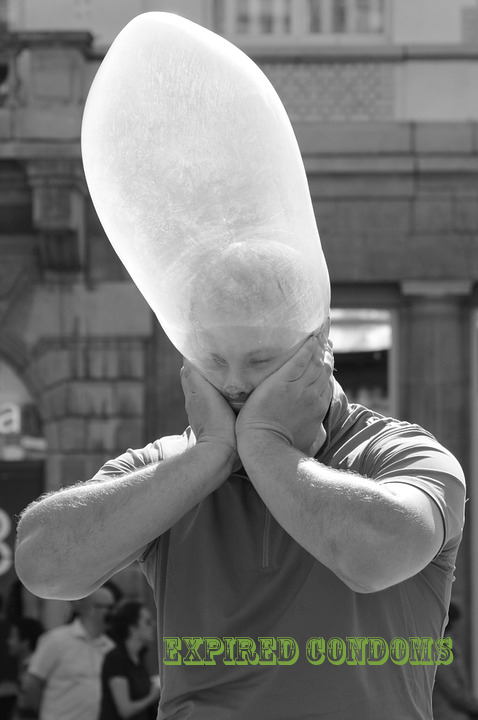 Can you use expired condoms: Risk of out of date condoms?

No, it’s better to use a newer condom rather than using old crinkled or expired condom. First of all, it is necessary to mention that expired condoms do not have their own serious health issues like expired drugs. It’s their functionality that gets hampered after expiration and therefore they are not being able to do the protection for which they meant for. Using an expired condom has several disadvantages which are listed as follows.

However, as proclaimed by an old English phrase “something is better than nothing” the use of expired condom is far better when compared with no condom situation. If the condom has been stored properly under cool and dry place, it works longer even after its expiry date, similarly if a condom was not stored properly it tends to loose the durability long before the expiry date.

Therefore, it is necessary to check the expiration date (printed on the packet of condoms) even while using them or purchasing from a store. It is important to pay attention on size, shape, material as well as the expiration date of your condom pack.

If you follow some common rules, you can easily avoid buying the expired condoms.

“How long does plan b prevent pregnancy?“