Honey is a sugary substance which is produced and stored by certain social hymenopteran insects ( honey bees). This insects sucks the sugary secretions produced by the plants and flowers such as nectar or aphid honeydew, through chemical process and enzymatic activity.

Commercially and globally variety of honey are produced by most common honey bees and are highly consumed. Honey has been reported for its various uses and aesthetic value in daily life.

The sweetness of honey is acquired by its chemical composition of monosaccharides of fructose and sucrose which makes it as sweet as granulated sugar. It has unique characteristics of stability and inhibiting microbial growth on it. Therefore sealed container of honey remains intact and good for years.

Sometimes, it is harmful for small babies due to dormant endospores present in honey. This bacterial endospores develops and harms an individual. Although, it is also used for the treatment of some diseases like wound and burns. Honey has no nutritional value. Honey is generally safe in use but can cause major side effects in its excessive consumption, 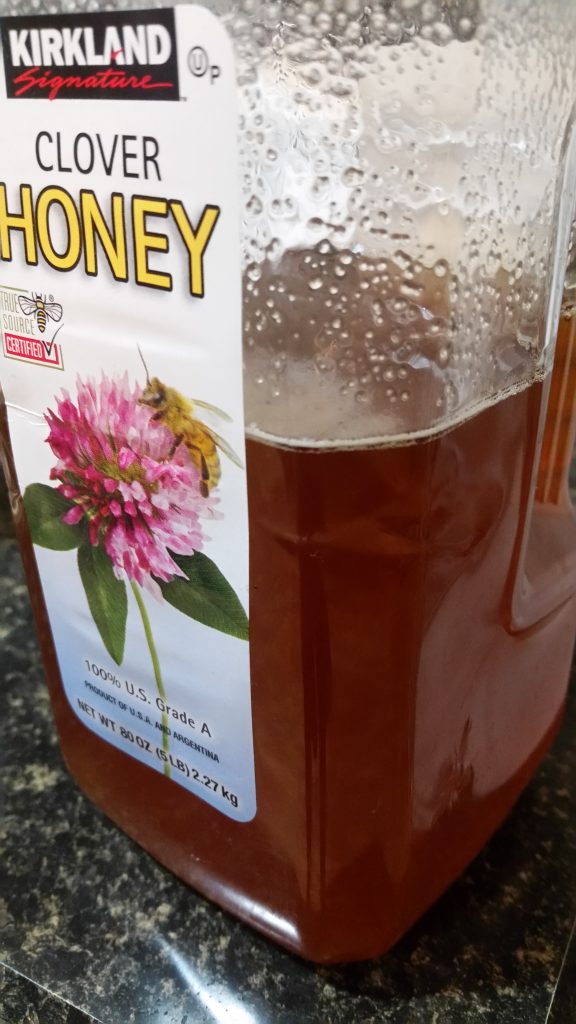 How generally honey is produced?

The general phenomenon is its production from carrier honey bees from nector collection and breaking the sector into simple sugars which serves the dual purpose to support metabolism of metabolic activity of flight muscles and long term food storage of honey.

During foraging, bees access part of nectar collected to support metabolic activity of flight muscles. This nector  is destined for regurgitation, digestion and storage as honey. Under changed and cold weather conditions, adults and larval bees use this honey as food.

How honey suppresses the bacterial growth?

The long term storage of honey is possible because of its unique composition and chemical properties and its good for long term preservation. The hydrophilic nature of honey and its limited access to humidity is key to preservation. Honey has highest content of sugar which inhibits the fermentation.

Shelf life of an honey is based on its enzyme found in the stomach of bees. Enzyme glucose oxidase is mixed with expelled nectar previously consumed by the bees which creates by products. This by products are gluconic acid and hydrogen peroxide which is responsible for acidity and ability to suppress bacterial growth.

Side effects of honey

Honey is likely safe when taken by mouth in food amounts, or when recommended doses are taken but when taken higher amounts it causes side effects. This side effects are :

YES,  honey for commercial selling purpose usually have expiry date and shelf life of minimum 2 years and its also regulated by FDA in United States. But basically the one under sealed cans can be good for decades and remains stable for that time. The physical and chemical characteristics of honey changes by the time may tends to get darker, thicker and lose its aroma and flavor or crystallize.

What are the characteristics of honey if is bad, rotten or spoiled?

Honey is one of the food products which if stored and sealed properly remains stable for decades. Upon aging honey gets yellow and cloudy instead of golden and clear appearance and will get thicker in consistency and grainy over time, eventually looking white and hard. But its still good to consume. After sometime honey starts process of crystallization.

How to extend shelf life of honey?

To restore the crystallized honey to more liquid state, simply warm the container in a bowl of hot water.

Honey is said to have many medicinal effect one the effect none is protective action against silent killer also know as hypertension. In traditional Russian medicine buckwheat honey was used for the treatment of hypertension or high blood pressure. The healing power of honey attributes the blood lowering ability of honey to oligosaccharides- a type of carbohydrate that has an anti-oxidant effect. In addition of antioxidant effect honey also has vitamin, probiotics, minerals, amino acids and enzymes.

However the study shows significant results of blood pressure lowering effect when used in long term.

Honey when used in combination with warm water and lemon juice and consumed daily in morning have shown significant results in weight loss reduction. This drink in morning  helps in stimulating weight loss.

Honey has valuable vitamins and minerals and is packed with amino acids which helps in metabolism.  Honey is used for regulating metabolism, food is utilized properly as metabolism is promoted. Lemon juice in this mixture which contains vitamin C, which increases liver function and fat metabolism.

Importance of honey in managing wound and burns

Honey have constituents in trace amounts like hydrogen peroxide and methylglyoxal which have wound healing properties. Their are some evidences which show that honey help healing in skin after surgery and mild burns when used in dressing .

Buckwheat honey has an cough suppressant action as used in ancient times. Therefore, honey given before bed time provided better relief of nighttime cough and sleep difficulty in children then no treatment or dextromethorphan, a cough suppressant found in many over the counter products.

Honey has been shown to inhibit or hamper the growth of bacteria and food borne pathogens such as E.coli and salmonella and to fight certain bacteria. Its constituents and chemical composition of gluconic acid and hydrogen peroxide which is responsible for acidity and ability to suppress bacterial growth.