Can Morphine be take with Gabapentin? 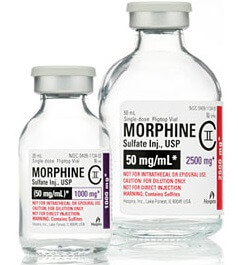 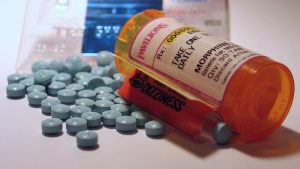 Morphine is a drug used for the relief and management of pain which can be moderate to severe in nature. The drug is also used for the recreational purposes and is highly addictive. It is an alkaloid obtained from the seed pods of the poppy plant Papaver somniferum.

Morphine belongs to the class of drugs known as narcotic analgesics which acts by blocking the transmission of pain signals to the central nervous system (CNS) of the brain. The drug was first approved by Food and Drug Administration (FDA) in 1941.

The drug is available under generic name Morphine and marketed under various brand names including AVINza, Kadian, Morphabond, Oramorph, Roxanol, Sevredol, Filnarine, Morphgesic,MST Continus, MXL, Zomorph etc. Morphine plays a key role in the treatment of severe pain. It is also recommended for the relief of pain caused by heart attack or acute myocardial infarction.

The drug is also indicated to provide obstetrical analgesia i.e., adequate relief of labor pain. The drug is also used for the relief of severe pain in bones and joints associated with sickle cell crisis. Morphine is also prescribed during surgeries in conjunction with other agents for general, regional, or local anesthesia.

The drug also provides relief from pain occurring due to severe injuries during road accidents as well as renal colic or kidney stones. Morphine plays an important role in adjunctive therapy for the treatment of acute pulmonary edema secondary to left ventricular failure. It is also recommended during rheumatoid arthritis and osteoarthritis responsible for causing severe joint pain.

The drug is also indicated for the treatment of diarrhea and for suppressing coughing in severe cases. The drug is a benzylisoquinoline alkaloid with a molecular formula of C17H19NO3 and molecular weight of 285.33766 g/mol. The drug is chemically known as (5alpha,6alpha)-Didehydro-4,5-epoxy-17-methylmorphinan-3,6-diol. 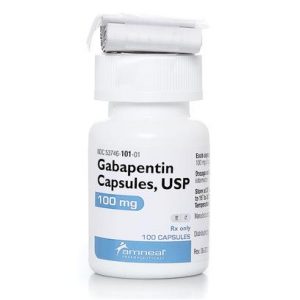 How does Morphine work in the body?

Morphine is a narcotic pain management drug used for the relief of pain in patients requiring opioid analgesics for more than a few days.  Although, the precise mechanism of the action of Morphine is unknown but is likely to involve specific CNS opiate receptors which play crucial role in the expression of analgesic effects of Morphine.

Morphine first acts on these mu-receptors present in the human brain with varying densities and the highest density being present in the posterior amygdala, thalamus, nucleus caudatus, hypothalamus, putamen, and certain cortical areas. These receptors are also found on the terminal axons of primary afferents of the spinal cord and in the spinal nucleus of the trigeminal nerve.

The drug has more affinity for the mu-receptor as compared to kappa-receptor; little, if any, activity at the sigma-receptor; and some agonist activity at the delta-receptor. Morphine causes enhanced tolerance to pain in patients and also decreases discomfort.

Morphine may also result in respiratory depression by causing a decrease in the responsiveness of the brain stem respiratory centers to increased carbon dioxide tension and to electrical stimulation. Morphine may bind to and inhibit GABA inhibitory interneurons responsible for inhibition of the descending pain inhibition pathway. 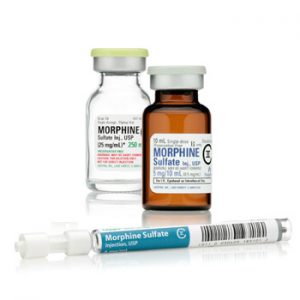 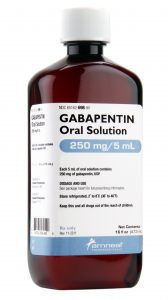 Yes, both the drugs can be used in combination to treat the neuropathic pain. It has been found that the acute analgesic effect of Morphine gets enhanced in presence of anticonvulsant Gabapentin.  Furthermore, the concomitant administration of Gabapentin and Morphine results in an increased plasma concentration of Gabapentin.

Besides, Gabapentin and Morphine when administered in combination achieved better analgesia at lower doses of each drug than either drug as a single agent. Studies in animal models also indicated that the anti-nociceptive effects of Gabapentin on Morphine might be attributed to the activation of the IL-10-HO-1 signalling pathway, which resulted in the inhibition of the expression of pro-inflammatory cytokines in neuropathic pain.

Safety and precautions while taking Morphine and Gabapentin combination

“Can you take carbamazepine and gabapentin together?”
“Rectal suppository for adults“