What is face perception?

As soon as the infant can see, it recognizes faces, and we now know that this skill is hardwired in our brains. Those infants who a million years ago were unable to recognize a face smiled back less, were less likely to win the hearts of their parents, and less likely to prosper. These days, nearly every infant is quick to identify a human face, and to respond with a goony grin.” (Carl Sagan 1995: 45).

Face perception has been playing a central role for social interaction for millions of years, informing us about the identity, age, gender, mood, attractiveness, race and friendliness of a person.

Scientists suggested that the facial recognition is a complex process, but it provides an important access to the way of the human brain functioning. Brain identifies items within milliseconds and this fast recognition works because our brain is continually making predictions about objects in our field of view and then comparing these with incoming information.

There are three essential phases in recognizing human faces. The first phase consists on coding of the physical characteristics of the person we are watching. Second phase is based on encoding the identity of the person, which give us a signal that this is a person we know. Then in the final third phase, we recognize the person, but we do not know whether we know the name of this person, so we associate the face with the name of a person.

Researchers have also discovered that the certain parts of the brain are activated during those three phases of facial recognition. If there is a damage of one of these parts of the brain, which can occur in some diseases or traumas, a person could become no longer able to recognize faces.

Although not all chairs are the same and some copies of this objects may differ from a mental prototype that serves as a standard for the comparison each chair retains some of the key characteristics necessary for easy recognition. Basically, the object is correctly recognized the moment it is properly classified, ie. when “stored” in the appropriate category.

Classification of perceptions with which the pattern recognition process generally ends in the case of faces often is just the beginning. Namely, in the encounter with a person it is not enough to recognize her or his face as a form that belongs to the category of “human face”.

Almost immediately, we recognize her or his sex, possibly racial origin, age, and “decide” whether we like that person or not … Often, it is necessary to immediately realize whether the face is known to us or not.If so, we draw from memory a series of semantic information about it: from where do we know it, what is it called, what it does.

Scientists discovered that a brain tissue which becomes activated when people look at a face is called the fusiform gyrus. In a brain scan, this area lights up, or becomes active, more powerfully than it does when participants look at other objects. Studies shows the connection between the fusiform gyrus and its role in the recognition of faces after several dozen patients with damage of this tissue lost their ability to identify once known faces.

Scientists believe that fusiform gyrus helps us to recognize faces as a category or that it could help the person distinguish individual faces. According to the new studies, the autistic people did not have more activity in this region for faces comparing to other objects, because people with autism generally do not look at faces, so there are suggestions that this area can get strengthened with practice.

Mooney faces are photographs named by their inventor Craig Mooney. These are photographs of faces which have been reduced completely to black and white. One Mooney face study showed that facial recognition performance in participants became noticeably poorer and slower, firstly because in those photographs, participants don’t  see faces oriented upright, and secondly, light doesn’t  comes from above.

The “Predictive Coding” theory, suggests that “in this situation neural signals only have to be sent to higher areas of brain for processing if predictions aren’t met. So an increase in neural signal activity near higher brain areas should occur. However, there are also competing theories which predict the exact opposite” 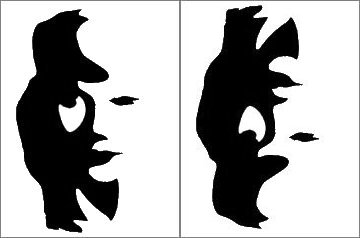 Visual Pareidolia – “We sometimes see what we want”

Pareidolia is a type of illusion or misperception involving a vague or obscure stimulus being perceived as something clear and distinct. Visual pareidolia is an excellent example of pareidolia, which we certainly all experience, and it is based on recognition of different animals or persons (mostly their faces) for example in the clouds.

Pareidolia is an integral part of human nature and everyday life, and it is not considered as a serious disorder. It is believed that it is the product of human evolution, because the recognition of a human faces was one of the most important skills for survival and development of a mankind. This is why we mostly common “recognize” human faces in random stimuli.

There are well known examples of religious pareidolia where people from Christian culture “recognize” faces of Jesus, the Virgin Mary or saints in the wood, stains on the wall etc. There are also cases of sightings of ghosts on the photos or images, and numerous cases of UFO sightings also attributed to this phenomenon. Scientist believed that pareidolia is a result of the way that our brain processes information.

The brain constantly filters lines, shapes and colors, giving them meaning, making meaningful images and linking them with the acquired knowledge. However, sometimes, we associate ambiguous items with something that can easily be named and identified.

Creature on Mars in picture below: 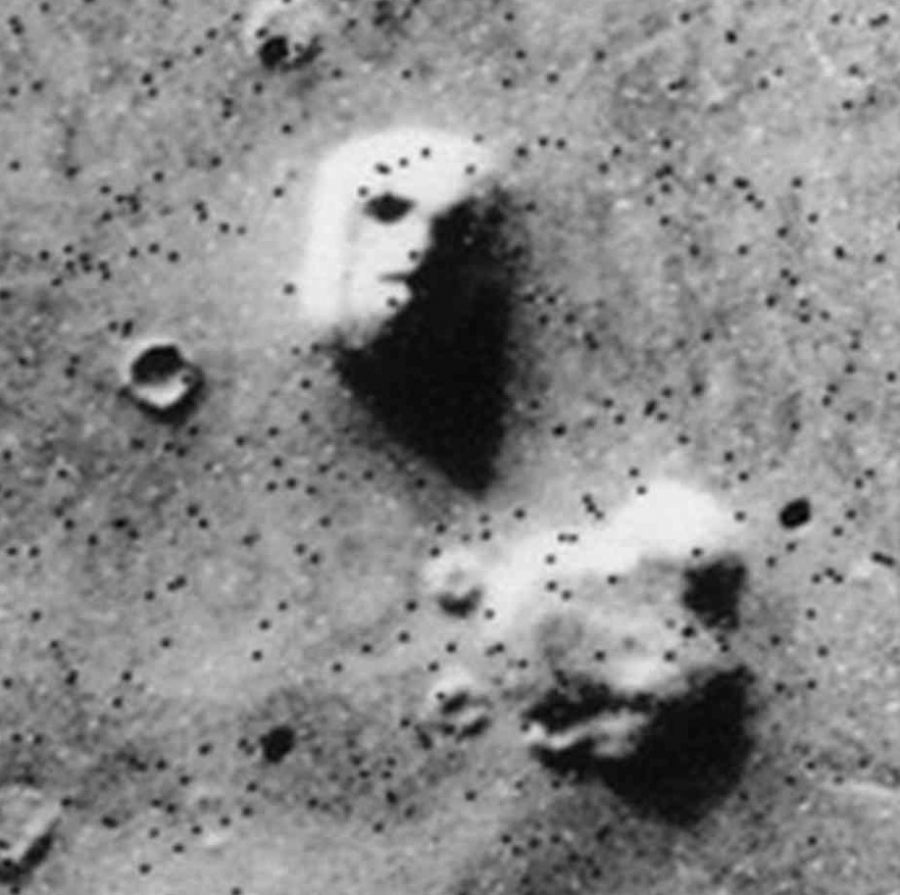 “What part of the brain causes stuttering? Can stuttering be prevented?“