Is a stutter a speech impediment? Why do people stutter?

For some strange reason, science has never been able to devise an agreeable definition and an exact problem that causes stuttering. It is known that stuttering or stammering which is another term, is a speech disorder, in which words, sounds and syllables are prolonged or repeated, disrupting the normal flow of speech. Speech disorder can be associated with struggling actions, such as rapid eye blinks or tremors of the mouth. It can’t be controllable and may be provoked by negative emotions such as embarrassment, fear, anger and frustrations. 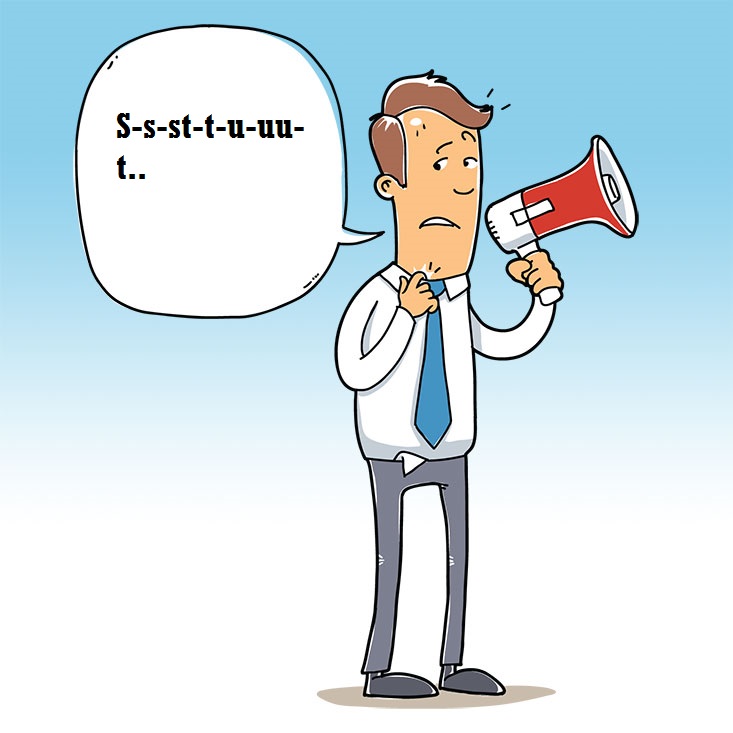 What is the prevalence of stuttering?

It usually occurs in childhood at the ages between 3 or 8, but it can affect people of all ages. Prevalence of this disorder is about 1% of world population, but in preschool and school populations it is around 4%, and it is more common in males compared to females.

About 80% of children who stutter will outgrow this disability at a latter age. Stuttering affects person’s quality of social life by making it difficult to communicate with other people. However, most people can successfully live with this condition.

Famous stutterers through the history

Famous stutterers were: Demosthenes, Claudius, Winston Churchill, Lewis Carroll, Charles Darwin and even Moses according to Talmud. It is known that Winston Churchill had to prepare all his public speeches to perfection and even practiced answers to possible questions and criticisms to avoid stuttering. 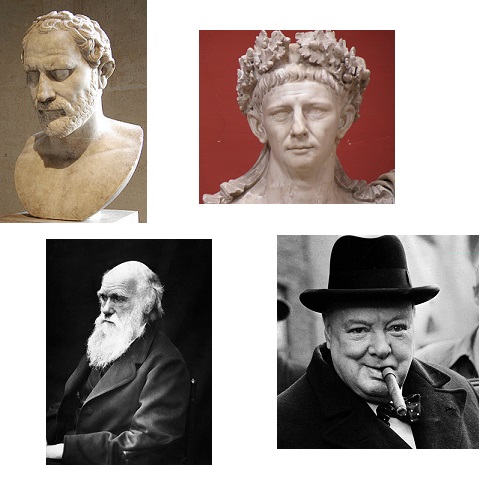 There are two types of stuttering. The first one is developmental stuttering which occurs in children at young age, while they are still learning the language and speech skills.

Scientists consider that developmental stuttering is hereditary condition, and they discovered 3 isolated genes which are responsible for stuttering. The second one is neurogenic stuttering which may occur after head injury, strokes, and brain infections such as meningitis or encephalitis which can cause motoric disorders in the nerve system.

Over the centuries there were many theories about the origin of stuttering. Theories have gone from biologic to psychological to behaviorist and back to the combination of all three. The exact cause of stuttering remains unconfirmed but it is, no doubt, multifactorial.

In ancient Greece the widespread belief was that the stuttering is caused by the dryness of the tongue, while in the 19th century, abnormalities of the speech apparatus were thought to be the origin of speech disorders.

In the 20th century, stuttering was thought to be a psychogenic disorder, so treatment was generally based on cognitive behavioral therapy, psychoanalytical approaches and parent-child interactions, but studies showed that these psychological patterns were not consistently associated with stuttering. There was also an opinion that stuttering is a symptom of mental disorders such as neurosis and anxiety.

Comparison studies have found that people who stutter are not more neurotics than people who don’t stutter. Stutterers exhibit their difficulties only when they are in involved in communication situations, while in neurotics there are many other situations in which they express their neurotic behavior. Talking about anxiety, the stutterers did have higher trait anxiety levels, but the anxiety appeared to have developed as a result of the stuttering and so would not be considered a causal factor.

However, it is likely that some individuals who stutter have a predisposition to develop the trait anxiety. A recent study investigated temperament factors in children who stutter. Compared to the normally-fluent children, the children who stutter were less adaptable to new situations, less distractible, and less regular in daily physiologic functions.

The study concluded that “temperamental features, could possibly contribute, in some unknown way, to the beginning and development of stuttering”. Behavioral studies showed that the cause and potential culprits may be the parents who are overreacting on the normal disfluencies of their children. The child in a fear tries to avoid this disfluency, and stuttering can develop as a result of a struggle.

Another behavioral concept, called approach–avoidance concept, suggests that the desire to communicate collides with the desire to avoid speech anxiety, which may be as a result of prior negative experiences with stuttering. Biological theories suggest that stuttering may be a form of dystonia – convulsive condition caused from the parts of the brain which are responsible for language production.

Another theory suggests that the origin of stuttering may be the dysfunction of the basal ganglia, the part of the brain which is involved in the control of a movement, and disorder of a neural links and neurotransmitters levels such as dopamine, that has been also linked with other similar conditions such as Tourette syndrome, characterized by motor and vocal tics.

Is there prescription drugs for stuttering?

Antidopaminergic medications and neuroleptics such as haloperidol, olanzapine and risperidone can improve stuttering, and there are also some reports of stuttering as a side effect of dopaminergic drugs. Hence there is a higher risk than benefits; antidopaminergics are not recommended as a treatment option.

The newest findings are linking stuttering with a condition known as rhythm perception deficiency. Scientists have found that children who stutter have difficulty identifying a beat in music rhythms, which could be a reason for their staggering speech patterns. The study showed that children who stuttered did much worse judging whether two rhythms were the same or different after listening the music and then identifying rhythmic drumbeats in the context of a computer game, compared to the children who don’t stutter.

This is the first study which connects stuttering with deficiency of rhythm perception, in other words it seems that stutterers “don’t have an ear” for rhythm and music. McAuley, professor of psychology said: “That’s important because it identifies potential interventions which might focus on improving beat perception in children who stutter, which then might translate to improved fluency in speech.” According to this finding, stutterers should train beat perceiving and maintaining with a metronome. It is believed to be critical for normal speech because it serves as a pacing signal.

“What are the causes of high cholesterol?“