What is Body mass index (BMI)?

The body mass index (BMI), also known as Quetelet index, is a parameter indicating whether someone is at a normal weight, overweight, or has obesity. It measures weight in relation to height of individual and gives a certain score. In dependence of this score, it classified a person in the one of three category of weight:

Is being slightly overweight actually good for health?

However, recent studies have revealed that being slightly overweight may, in fact, improve a person’s health and even lower a risk of mortality. Researchers discovered, that an enzyme called Nicotinamide phosphoribosyltransferase (NAMPT), secreted by the body’s fat tissue controls energy levels in the brain and its response to a lack of food, and they also concluded that there may be an optimal amount of body fat for maximizing health and longevity. But, scientists still do not know what amount of fat is needed, and how it might vary from person to person.

Many studies reported that as we are getting older, people who are slightly overweight tend to have fewer health problems, especially lower number of cases with dementia, and also lower mortality rate.

Studies conducted by professor Imai and his colleagues indicate the importance of an enzyme NAMPT in producing a vital cellular fuel called Nicotinamide adenine dinucleotide – NAD, and in controlling metabolism and ageing processes. It was known that NAMPT have essential rule in producing energy inside cell, but Imai’s study suggests that this enzyme have important activities outside the cells, during circulation through the bloodstream, and that this is actually highly active and regulated enzyme.

Their studies on mice have shown surprising results. Mice were raised with a deficit of NAMPT, and as it was expected, the energy levels in fat tissue was reduced. Effects on other tissues like liver and muscle were no significant, but there was a significant effect on the hypothalamus, an important part of the brain, with important roles including regulating body temperature, sleep cycles, heart rate, blood pressure, thirst and appetite.

Low levels of NAMPT in fat tissue of mice resulted with low energy levels in the hypothalamus, and lower physical activity compared to mice without this defect. The team has also performed and opposite experiment with mice that produce higher levels of NAMPT in fat tissue than normal, and those mice was much more physically active, especially after fasting, than control normal mice.

Researchers also found that physical activity in mice with low levels of NAMPT in fat tissue can be improved with NMN injection (NMN – nicotinamide mononucleotide), which is an enzyme product of NAMPT. According to professor Imai, ”NAMPT signal from the fat tissue, especially in response to fasting, may serve as a survival mechanism”, and ”therapy with NMN might be a possible treatment of diseases which are associated with aging.” 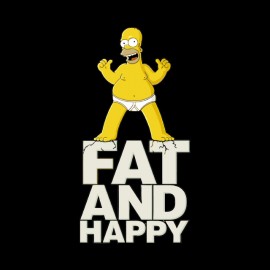 One big study conducted in United States and published in JAMA – Journal of the American Medical Association, investigated relative risks of mortality associated with underweight, overweight, and obesity according to BMI. Obesity category (BMI > 30) was associated with 111,909 excess deaths while underweight (BMI < 18.5) with 33,746 excess deaths.

Overweight (BMI 25-30) was not associated with excess mortality. Underweight and obesity, particularly higher levels of obesity, were associated with increased mortality relative to the normal weight category. Because of improvements in public health and medical care, the impact of obesity on mortality may have decreased over time.

May obesity reduce the risk of dementia?

Recent cohort study suggests that overweight people are less likely to develop dementia. The researchers analyzed the medical records of nearly 2 million people (aged 40 years or older) in whom BMI was recorded between 1992 and 2007. Results showed that underweight people (BMI <20) had a 34% higher risk of dementia, compared with normal weight people.

The incidence of dementia continued to fall for every increasing BMI category. Overweight people with a BMI of 25 to 29) had an 18 % lower risk of dementia, and very obese people (BMI >40) had a 29% lower dementia risk than people of a normal weight.

There are also statistical findings which show that those who are overweight or moderately obese better tolerate the same health problems. Some of them are that diabetes patients with normal weight are twice as likely to die as those who are overweight or obese, heavier dialysis patients have a lower chance of dying than those who are of normal weight or underweight, mild to moderate obesity poses no additional mortality risks to those already suffering from heart disease, and obesity can help people with certain cancers live longer.

The explanation for that may be that fat cells are not equal and could have different characteristics, also, some types of fats and fatty acids can promote illness and dysfunction in the human body, or they can prevent the body from diseases. For example, belly fat tissue can release fatty acids and inflammatory compounds into the bloodstream leading to higher LDL – bad cholesterol, blood glucose and blood pressure.

There is no doubt that becoming heavier and heavier must, at some point, damage health and reduce life expectancy. However, the critical point is certainly not anywhere between 25 and 30 of BMI, and it could be even higher. 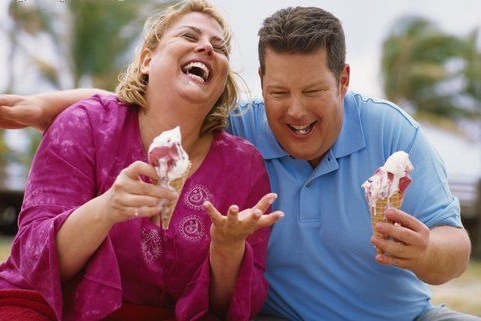