This drug selectively prevents hypersynchronization that may lead to epileptic attack by burst firing and further propagation of seizure activity. Levetiracetam is most commonly sold under the Brand name Keppra. Other common brand names are Spritam and Elepsia XR. Levetiracetam is available as an immediate-release tablet, an extended-release tablet, and as a liquid solution.

It also comes as an injectable solution. It is available in doses of 250 mg, 500 mg, 750 mg, 1000 mg and 1500 mg for oral route and in doses of 5 mg/ml, 10 mg/ml and 15mg/ml as a solution for injection or in 100 mg/ml as a concentrate for injection solution. FDA first approved levetiracetam in 1999 under the Brand name Keppra which is originally manufactured by UCB Group of companies. 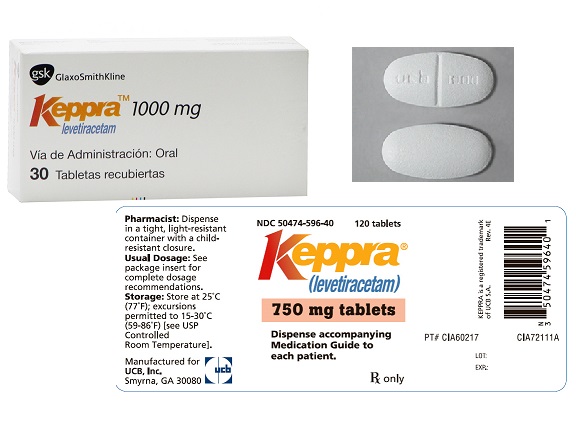 What is levetiracetam used for?

It is used as a monotherapy for the treatment of partial seizures, or in combination with other antiepileptic drugs for partial, myoclonic, and tonic-clonic seizures. Studies showed that this drug can reduce partial (focal) seizures by 50% or more when used in combination. FDA approved (labeled) indications for levetiracetam are: 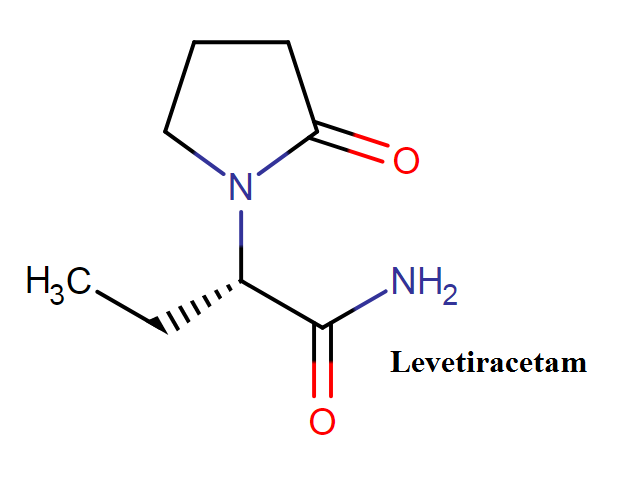 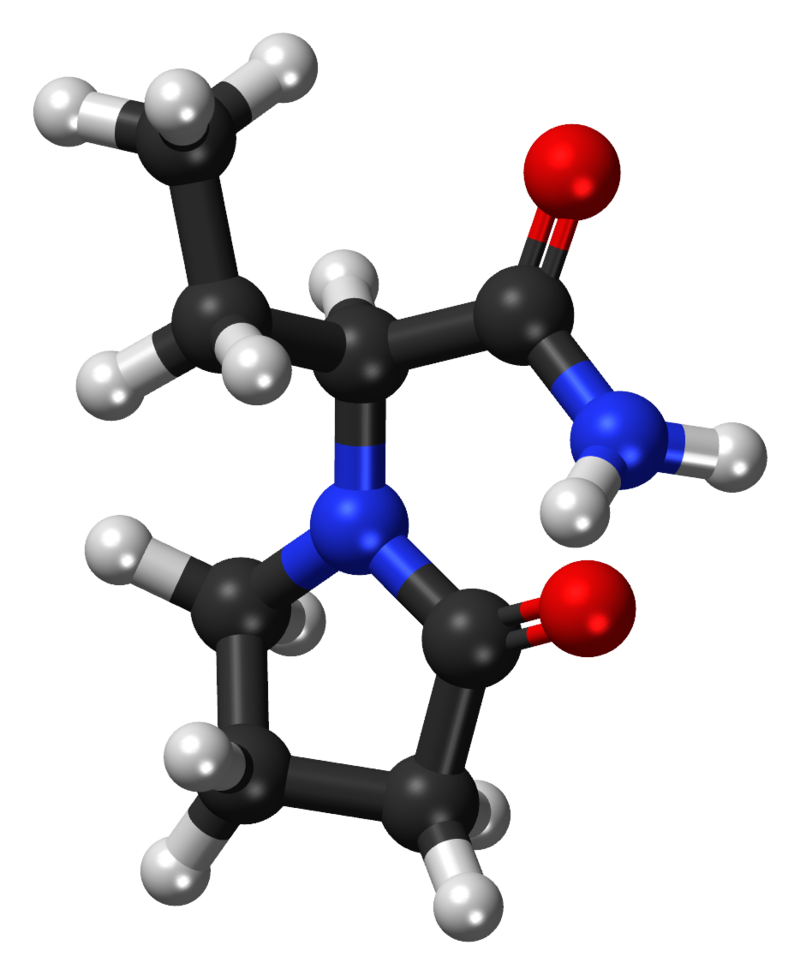 How levetiracetam works in the body?

The precise mechanism of action by which levetiracetam exhibit its antiepileptic effect is unknown. Animal models studies revealed that levetiracetam did not inhibit single seizures attack when it was induced by maximal stimulation with electrical current or with chemoconvulsants. But, protection was found against secondarily generalized actions from focal seizures which were induced by two chemoconvulsants: pilocarpine and kainic acid.

These 2 substances can induce seizures by mimicking partial seizures with secondary generalization. Levetiracetam also displayed inhibitory activity in rat model. Pharmacologically, it is suggested that Levetiracetam can stimulate synaptic vesicle protein 2A (SV2A), with the inhibioton of neurotransmitter release.

Levetiracetam may cause following side effects with following incidence:

Rare side effects (<1%) that can be caused with levetiracetam use are following:

Adults (16+): Initiate treatment should be started with a daily dose of 1000 mg per day, given 2 times a day (500 mg twice daily). Additional dosing increments may be given (1000 mg/day additional every 2 weeks) to a maximum recommended daily dose of 3000 mg. There are no data that doses larger than 3000 mg/day may have additional benefit.

Initiate treatment should be started with a dose of 1000 mg per day, divided in 2 daily doses (500 mg twice daily). On every 2 weeks dose should be increased by 1000 mg/day every 2 weeks to the recommended daily dose of 3000 mg. The effectiveness of the lower doses than 3000 mg/day has not been studied.

Adults (16+): Initiate treatment should be started with a dose of 1000 mg per day, divided in 2 doses (500 mg twice daily). On every 2 weeks dose should be incresed by 1000 mg/day to the recommended daily dose of 3000 mg. The effectiveness of the lower doses than 3000 mg/day has not been adequately studied.

Is it safe to use levetiracetam during pregnancy?

Levetiracetam is classified in a category C by the FDA pregnancy list of drugs which means that research in animals has shown side effects to the fetus and that there haven’t been enough studies done in humans to be certain how the drug might affect the fetus.

Animal studies have shown evidence of an increased occurrence of fetal damage when the drug was used in therapeutic or larger doses for humans. Talk to your doctor if you are using this drug and if you become pregnant or planning to become pregnant. This drug should only be used in situations if the potential benefit justifies the potential risk to the fetus.

Is it safe to use levetiracetam during breastfeeding?

Levetiracetam may pass into breast milk and cause side effects, thus this drug should not be used during breastfeeding without recommendation of the doctor, and should be taken only if benefits outweighs the risk. Studies showed that doses of 3500 mg taken by the mother may produce low levels in milk and are not expected to cause any adverse effects in breastfed infants, especially if the infants are older than 2 months.

If therapy with this drug is required by the mother, it is not a reason to discontinue breastfeeding. However, the infant should be monitored for drowsiness, developmental milestones, adequate weight gain, especially exclusively breastfed infants and when combinations of anticonvulsants are used.

Can levetiractam (Keppra) cause behavioral problems?

Yes, levetiracetam may cause behavioral changes and psychosis, so patient taking this drug should be monitored for such symptoms. Children are usually more vulnerable to this side effect.

Can levetiractam (Keppra) cause sleepiness and fatigue?

Levetiracetam may cause somnolence and fatigue. Patients using this drug should be advised not to drive or operate machinery until they have gained sufficient experience how levetiraceam influence their body. Sleepiness and fatigue occurred most commonly within the first 4 weeks of treatment. In general, the incidences of these events in the pediatric and adults are comparable.

Can levetiracetam cause angioedema or anaphylaxis?

In rare cases levetiracetam may cause serious allergy reactions such as anaphylaxis or angioedema when the first dose is administrated. Signs and symptoms may include: hypotension, respiratory distress, hives, rash, and swelling of the face, eye, tongue, lip, mouth, throat, and feet. In some cases with levetiracetam, reactions were life-threatening and required emergency treatment.

If a patient develops anaphylaxis or angioedema, levetiracetam should be discontinued and the patient should seek immediate medical attention. Never take this drug again if you ever have any type of allergy during its use.

Can levetiracetam cause blood-test abnormalities?

Can levetiracetam cause increased blood pressure?

Levetiracetam overdose can happen if it is taken in dose of more than 6000 mg per day. The most sign of levetiracetam overdose is excess drowsiness. Other symptoms that may occur are: somnolence, depressed level of consciousness, agitation, aggression, respiratory depression, and coma.

There is no specific antidote for levetiracetam overdose. Induced emesis and gastric lavage on time are always recommendable. General supportive care of the patient is indicated including observing vital signs and monitoring of the patient’s clinical status.

Can levetiracetam cause suicide thinking?

Can levetiracetam cause coodridnation problems?

There are reported cases of coordination issues in adults taking levetiracetam. The problems typically occurred in the first 4 weeks of treatment. Because of that, patients should be monitored cautiously for any type of coordination difficulty, especially if patient is 60+ years old.

Levetiracetam is predominately eliminated unchanged via kidneys. Patients with renal impairment have lower efficacy to excrete levotiracetam regularly and decreased excretion is in correlation with cratinine clearance. Therapy with levetiracetam should be administered carefully with reduced dosages in patients with impaired renal function. Dosage adjustments should be based on the degree of renal impairment.

Distribution: Levetiracetam and its metabolites have a less than 10% bound to plasma proteins therefore there are no clinically significant interactions with other drugs which have high affinity for protein binding.

Elimination: Levetiracetam elimination half-life is 7 ± 1 hour. 66% of Levetiracetam administered dose is eliminated from the systemic circulation through the renal excretion.

Can levetiracetam be used in combination with other antiepileptic drugs?

Levetiracetam is often used in combination with other antiepileptic drugs for the treatment of partial, myoclonic, and tonic-clonic seizures. Studies showed that levetiracetam taken in doses of 3000 mg daily had no effect on the pharmacokinetic of phenytoin in patients with refractory epilepsy.

Pharmacokinetics of levetiracetam was also not affected by phenytoin. There were also no interactions when levetiracetam was used in combination with valproates, carbamazepine, gabapentin, phenobarbital, lamotrigine, phenytoin and primidone.

Can levetiracetam be taken together with alcohol?

Levetiracetam and alcohol should not be taken together. Alcohol may potentiate some levotiracetam side effects such as CNS depression and/or impairment of judgment, thinking, and psychomotor skills.

Can I take levetiracetam and Darvon together?

Levetiracetam should not be taken together with Darvon as serious interaction may occur. If these drugs are taken together the risk of emotional disturbances and suicidal ideation may be increased. Propoxyphene is an inhibitor of CYP450 2D6 and may increase the plasma concentrations of propoxyphene which is the active ingredient of Darvon.

Can I take levetiracetam and buprenorphin together?

There are reported cases that have primarily occurred in the setting of buprenorphine long-term treatment for opiate addiction, and many, but not all cases, involved buprenorphine abuse or misuse including intravenous self-injection. The true mechanism of interaction is still unknown, but some studies suggest that CNS depressants such as levetiracetam may alter the usual ceiling effect on buprenorphine-induced respiratory depression.

Can I take levetiracetam and Advil together?

Since there are no important interactions between these 2 drugs, they can be safely taken together.

Can I take levetiracetam and methocarbamol together?

Using levetiracetam and methocarbamol together may increase the risk of causing side effects such as drowsiness, dizziness, confusion, and difficulty concentrating. Some people, especially the elderly, may also experience impairment in judgment, thinking and motor coordination.

Can I take levetiracetam and Benadryl together?

CNS and/or respiratory-depressant effects may be increased in patients taking multiple drugs that cause these effects, especially in elderly or debilitated patients.

Can I take levetiracetam and tramadol together?

Levetiracetam should not be taken with tramadol together. There is an increased risk of causing CNS side effects such as dizziness, drowsiness, confusion, and difficulty concentrating.

Can I take levetiracetam and Evening Primrose Oil together?

Several animal studies showed no effect on threshold of the seizure or even neuroprotective and anticonvulsant effects of gamma linolenic acid. However, the possibility of an interaction should be considered if loss of seizure control occurs in patients using evening primrose oil.

Can I take levetiracetam and warfarin together?

Studies showed no changes prothrombin time when levetiracetam was used together with warfarin. There are no pharmacokinetic interactions between these two drugs. They can be taken together safely.

Can I take levetiracetam and oral contraceptives together?

Studies showed no influence on the pharmacokinetics of an oral contraceptive containing ethinyl estradiol and levonorgestrel, or of the progesterone or luteinizing hormone levels, thus the impairment of oral contraceptive efficacy is unlikely to be caused.

Can I take levetiracetam and Digoxin together?

Since studies showed no important interaction between these two drugs, they can be safely taken together.

Can I take levetiracetam and Xanax together?

Levetiracetam and Xanax should not be taken together. If they are used together they may increase the risk of causing side effects such as drowsiness, confusion, dizziness, and difficulty concentrating. Some people, especially the elderly, may also experience impairment in judgment, thinking and motor coordination.

Store the product at room temperature away from light and moisture. Never store the drug in the bathroom. Keep all medications away from children and also pets. Do not flush medications down the toilet or pour them into a drain unless instructed to do so. Properly discard this product when it is expired or no longer needed. Consult your pharmacist or local waste disposal company for more details about how to safely discard your product.