Inderal is a Brand name for the beta blocker drug containing propranolol as an active ingredient. It is primarily used for the treatment of high blood pressure and different types of irregular heart rate.

It can be also used for the treatment of thyrotoxicosis, performance anxiety, capillary hemangiomas, essential tremors, prevention of migraine headaches and prevention of further heart problems in patients with angina pectoris or previous heart attacks.

Propranolol appears in the blood after 30 minutes of administration and has a maximum effect after 60 to 90 minutes.

Once a hypertension first-line treatment, the role for beta blockers was downgraded in 2006 in the UK to fourth-line, because they do not achieve effects as well as other drugs, mostly in the elderly, and evidence is increasing that the most commonly used beta blockers at usual doses have an unacceptable risk of provoking type 2 diabetes.

Other Brand names on the market for products containing propranolol as an active ingredient are: Inderal, Inderal LA, Hemangeol, Inderal XL, InnoPran XL.

How does Inderal work in the body?

Propranolol acts as a non-selective beta blocker drug, because it blocks the action of epinephrine and norepinephrine at both β1- and β2-adrenergic receptors. It has strong membrane stabilizing activity (only at high blood concentrations, when it is overdosed) and slight intrinsic sympathomimetic activity.

Propranolol can cross the blood-brain-barrier and exert effects in the central nervous system, which makes this drug different from other beta blockers. That’s why propranolol can be used for the indications such as anxiety disorders and migraine.

Thus, propranolol can also work as a weak indirect α1-adrenergic agonist in addition to its potent β- adrenergic antagonist effects. There are also evidences that propranolol may work as an antagonist of some serotonin receptors, such as the 5-HT1A and 5-HT1B receptors.

Can patients take Metformin and Inderal together?

Non-selective beta blocker such as Inderal should not be used in patients with diabetes mellitus. In general, there is no drug interaction between Metformin and Inderal, but Inderal (propranolol) may mask symptoms of hypoglycemia such as tremors, tachycardia and blood pressure changes. Those symptoms warn patient that he is at danger.

If such symptoms are blocked, patient will not know that he has a low blood sugar levels and his hypoglycemia will get worse leading to faint, seizure, or even a coma.

Since cardioselectivity is not absolute, larger doses of beta-1 selective drugs may also demonstrate these effects as well. Thereby, therapy with beta-blockers should be administered very cautiously in patients with diabetes or in those predisposed to hypoglycemia.

The table below shows the incidence of side effects after Metformin and Inderal administration in recommendable doses. The incidence can be increased if these drugs are taken together or overdosed.

Does Metformin causes a weight loss?

Metformin is most prescribed oral antidiabetic drug. It is known that metformin can cause weight loss by reducing appetites in patients with diabetes.

In many cases, this can be a very desired effect as many studies showed that the majority of patients with type 2 diabetes are obese or overweight. Also in cases where weight loss is not desired, there are several steps that patients who are on metformin therapy can take to combat it.

Insulin,causes hunger due to its effect on the brain, so if there is more insulin in the body, appetite of a person is larger and there is a more risk of becoming overweight.

Metformin prevents the glucose levels in blood from getting too high by reducing the release levels sugar deposition from the liver which makes the patient less hungry, thus making them more prone to weight loss. 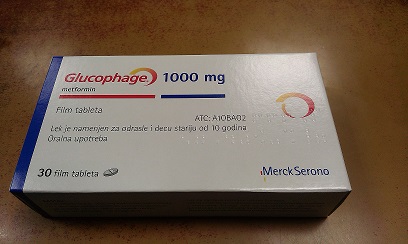 Special precautions and warnings during Metformin and Inderal administration:

“Can I take Flagyl while on Coumadin?”
“What is propranolol used to treat?“