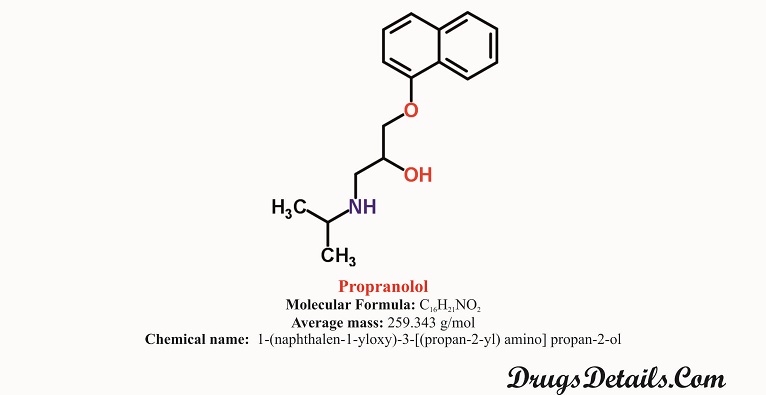 What is the source of drug (natural or synthetic)

Why is Propranolol prescribed

Propranolol chemically belongs to the class of organic compounds which are known as Naphthalenes characterized by a Naphthalene moiety which consist of two fused benzene rings. The detailed chemical classification of Propranolol is described below: