The drug is available under generic name Azithromycin and marketed under the various brand names such as Zithromax, Azithrocin and Azyth. Pfizer is accountable for the manufacturing and marketing of Azithromycin. Furthermore, Azithromycin is marketed as an ophthalmic solution under the brand name AzaSite by Inspire Pharmaceuticals.

Azithromycin is a semi-synthetic, relatively broad spectrum, macrolide antibiotic. Azithromycin plays a key role in the treatment of complications related to the bacterial infections such as bronchitis, pneumonia, skin infections and infections of ear and throat. It is also recommended to treat the sexually transmitted diseases and urinary tract infections.

It is also used to prevent or treat the disseminated Mycobacterium avium complex (MAC) infection. Azithromycin (in form of ophthalmic solution) is used to treat bacterial conjunctivitis (a bacterial eye infection).

The drug is also prescribed for the treatment of acute bacterial sinusitis caused by H. influenza, M. catarrhalis or S. pneumonia. Sometimes, it is also used to treat the infection of H. pylori and Legionnaires’ disease (inflammatory lung infection caused by Legionella). It is also prescribed for the treatment of whooping cough. Azithromycin is a derivative of erythromycin and available as a dihydrate salt. 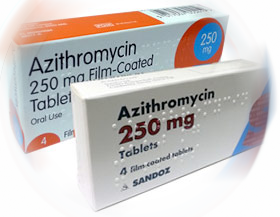 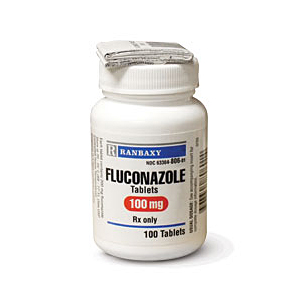 Fluconazole is a widely known antifungal drug that is used to treat a variety of fungal infections, most notably Candida infections. The drug is effective against most of the Candida species (but not Candida glabrata or Candida krusei), some dimorphic fungi, Cryptococcus neoformans, and dermatophytes.

Besides this, Fluconazole is also used to prevent Candida infections in people suffering with weak immune systems, such as neutropenic conditions due to advanced HIV infections, cancer chemotherapy, organ transplant, and premature babies. The medication is also used as a second-line treatment regimen for cryptococcal meningoencephalitis (fungal infection in the central nervous system).

Sometimes, Fluconazole is prescribed to treat serious fungal infections that begin in the lungs, eye, prostate (a male reproductive organ), skin and nails. The drug was developed by a group of scientists at Pfizer and was first marketed in 1990. The drug is on the World Health Organization’s List of Essential Medicines, the most important medications needed in a basic health system.

The medication is sold worldwide under generic name Fluconazole and various brand names such as Batén, Canesten, Candivast, Diflucan, Flucoral, Flavona, Flucanex 50, Fungican, Flucoder, Ibarin Monicure, Monistat, Triconal and Zocon. Fluconazole is the first generation triazole class of antifungal agent that structurally differs from other azole antifungals in which imidazole ring is replaced by a triazole ring.

Chemically, Fluconazole belongs to the class of organic compounds known as phenylpropylamines. The drug is chemically known as 2,4-Difluoro-1′,1′-bis(1H-1,2,4-triazol-1-ylmethyl) benzyl alcohol. The empirical formula and molecular weight of Fluconazole is C13H12F2N6O and 306.27 respectively. The most common route of administration of Fluconazole is via mouth or intravenously.

Pharmacokinetic studies with Fluconazole have revealed that the medication is completely absorbed within the two hours of consumption. Fluconazole follows elimination kinetics of zero order, where only 10% of the drug is eliminated due to metabolism, while the rest is being excreted through sweat and urine.

How Azithromycin and Fluconazole work?

It has been observed that Azithromycin binds with the 50S subunit of ribosome and interferes with polypeptide synthesis. Therefore, it is predicted that stimulated dissociation of peptidyl-tRNA from ribosome is the major mechanism of action of Azithromycin. Azithromycin competes for [14C] erythromycin ribosome binding site, suggesting that it binds to the same receptor as erythromycin.

Fluconazole is a new subclass of synthetic triazole antifungal agents that is highly potent against yeast infections. The medication primarily works through reducing the growth of fungi that cause infection. Similar to other imidazole- and triazole-class antifungals Fluconazole also inhibits the cytochrome P450 enzyme 14α-demethylase.

Ergosterol is an essential part of the fungal cytoplasmic membrane and prevention of lanosterol to ergosterol conversion results in inadequate ergosterol and accumulation of 14α-methyl sterols. This results in inhibition or slowing the fungal growth i.e. fungistatic. Sometimes, Fluconazole also act as fungicidal in a dose-dependent manner (specifically Cryptococcus), however it depends upon organisms.

Ergosterol is an indispensable component of the fungal cell membrane and inhibition of ergosterol synthesis results in increased cellular permeability. This results in leakage of cellular contents and therefore adverse effect on cell growth and multiplication.

Besides this, other suggested mode of action of Fluconazole includes interaction with membrane phospholipids, inhibition of  purine uptake, inhibition of endogenous respiration and transformation in to mycelial forms, and impaired triglyceride and/or phospholipid biosynthesis. 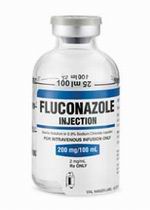 Can both Azithromycin and Fluconazole be taken together?

Both, Azithromycin and Fluconazole are available commercially in combination with Secnidazole. Both the drugs are reasonably effective and safe in the syndromic approach for lower genital infections.

“Can Azithromycin be taken with Ceftazidime?“
“Azithromycin oral and Rifampin oral Drug Interactions“
“difference between Nasonex and Flonase“