Home » Drug Interactions » Can Oxycodone be taken with Aspirin

Can Oxycodone be taken with Aspirin

Oxycodone is a semisynthetic molecule that is used to treat moderate to severe pain.  The drug is an opioid medication that is synthesized from plant alkaloid thebaine.

It is one of the many opioid alkaloids found in the opium poppy. The alkaloid is primarily extracted from Persian poppy. The drug was first developed and became available for clinical use since 1917.

The drug is available under generic name Oxycodone and marketed under brand names Roxicodone, OxyContin, OxyIR, and Oxaydo. Chemically, the drug is a narcotic (addictive drugs that affect mood and behaviour) and analgesic.

The tablets for oral administration are available under various dosage or strength such as 5 mg, 10 mg, 15 mg, 20 mg or 30 mg, which contain an equivalent amount of Oxycodone hydrochloride USP.

Parental formulations of Oxycodone are also available as 10 mg/mL and 50 mg/mL for intravenous (IV) or intramuscular (IM) administration. 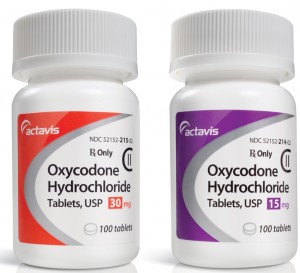 Aspirinis an analgesic, non-steroidal anti-inflammatory drug which is used widely for the treatment of fever, inflammation and mild to moderate pain.

The active component of the drug aspirin is salicylic acid, which was initially isolated by Edward Stone from the bark of willow tree in 1763. The drug was first chemically synthesized by Felix Hoffmann at Bayer in 1897.

Aspirin is available as acetylsalicylic acid, which is a synthetic pharmaceutical aromatic homomonocyclic compound with a molecular formula C9H8O4.

The drug Aspirin is chemically known as 2-(acetyloxy) benzoic acid. It is available in the form of regular strength tablets and caplets, extra strength tablet, delayed-release tablet and quick chewable tablets for oral administration with food or without food. 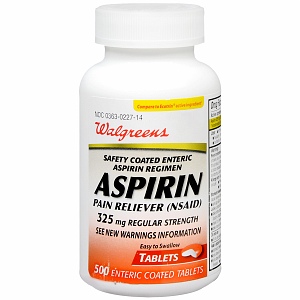 How Oxycodone and Aspirin works

Pharmacodynamically Oxycodone is similar in action to that of hydrocodone and morphine. The most prominent sites of action of Oxycodone involve central nervous system and smooth muscle organs. It acts directly on mu, kappa, and delta opioid receptors as agonist.

The opioid receptors are a group of inhibitory G protein-coupled receptors and present within the central nervous system (CNS) of the brain.

Oxycodone is mainly affected by mu-type opioid receptors, which act as a positive and negative modulators of synaptic transmission via G-proteins. Interaction or binding of the Oxycodone opiate stimulates the exchange of GTP for GDP and decreases intracellular cAMP by inhibiting adenylate cyclase.

This results in inhibition of release of nociceptive neurotransmitters such as dopamine, substance P, acetylcholine, GABA, and noradrenaline. Besides this, Oxycodone also inhibits the release of glucagon, insulin, vasopression etc.

All these events result in hyperpolarisation (i.e. such a change in a cell’s membrane potential that makes it more negative) and decrease neuronal excitability.

Antipyretic effect of ASA is resulted from the intervention in production of Prostaglandin E1 which is a potent pyretic agent. ASA also inhibit the aggregation of platelets.

This inhibitory effect of ASA is resulted from the intervention in production of Thromboxane A2 which is accountable for the platelets aggregation.

Can both Oxycodone and Aspirin be taken together in combination

Yes, Oxycodone in combination with Aspirin represents a valuable, safe, and effective therapeutic regimen to provide relieve from moderate to moderately severe pain.

In this dual combination ,  Oxycodone acts as  a narcotic pain reliever that acts on central nervous system of  brain, whereas Aspirin acts as nonsteroidal anti-inflammatory drug (NSAID) that works through inhibition of  cyclooxygenase (COX).

Both these medications together reduce the pain and swelling thus offers greater pain relief and/or reduced adverse effects than the constituent drugs when used individually.

Both the medications are prescribed to be taken orally through mouth. It is usually recommended to take drug with food or milk to avoid stomach disturbance.

Clinical studies have suggested that the combination of Oxycodone with Aspirin are safe and effective and may offer certain advantages. Oxycodone: Aspirin combination is marketed by Endo Pharmaceuticals under trade name Percodan.

Each tablet of Percodan contains a mixture of 4.8355 mg of Oxycodone HCl which is comparable to 4.3 mg Oxycodone (as free base) and 325 mg of Aspirin. 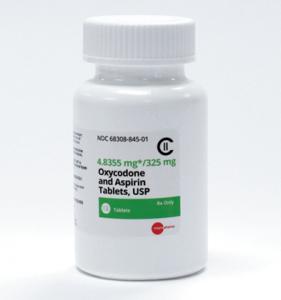