drug works by changing the way the brain and nervous system respond to pain. As an analgesic, hydrocodone is usually combined with ibuprofen, acetaminophen or aspirin for pain treatment. 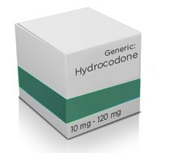 Tramadol is a Generic name for an opioid narcotic-like pain reliever that is used for relieving moderate to moderately severe acute and chronic pain.

According to European League Against Rheumatism, it is recommended for the treatment of chronic pain caused by medical condition called fibromyalgia. 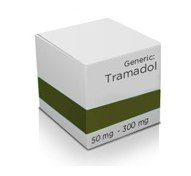 How does Hydrocodone and Tramadol work in the body

Instead, they alter the perception of pain at the spinal cord and higher concentrations in the CNS and the person’s emotional response to pain. Hydrocodone can produce inhibition at the chemoreceptors through μ-opioid receptors and in the medulla through μ and δ receptors which can lead to dose-related respiratory depression.

Tramadol has 2 different mechanisms of action. First, tramadol can bind with parent and M1 metabolite to μ-opioid receptors causing inhibition of ascending pain pathways in CNS, and secondly, tramadol can inhibit reuptake of norepinephrine and serotonin.

In addition, tramadol’s major active metabolite called O-desmethyltramadol, has a high affinity to the δ-opioid receptors in the brain, and interaction with these receptors can be involved in tramadol’s capability to provoke seizures in some individuals, because δ-opioid receptor agonists are well known seizure inducers.

Can patients take Hydrocodone and Tramadol together

Taking Hydrocodone and Tramadol together would be generally unnecessary, because the usage and effects of these two drugs are quite similar, and there is a high risk of serious side effects such as seizures, respiratory depression to happen after using this combination.

In currently or previously patients addicted to opiates, alcohol or other drugs, tramadol and Hydrocodone individually or together are not advised in most cases. However, reduced doses of tramadol can sometimes be suggested by doctors if the drug is being taken in conjunction with Hydrocodone

Hydrocodone can interrupt breathing and high doses may lead to fatal respiratory depression, while tramadol can cause seizure attacks, so taking tramadol with hydrocodone together can make both of these serious effects more likely to happen, so this is the main reason why this combination shouldn’t be advised from medical professionals.

The table below shows side effects after Hydrocodone and Tramadol administration in recommendable doses. The incidence can be significantly increased if these drugs are overdosed or taken together.

Special precautions and warnings during Hydrocodone and Tramadol administration: