What is Erlotinib (Tarceva) 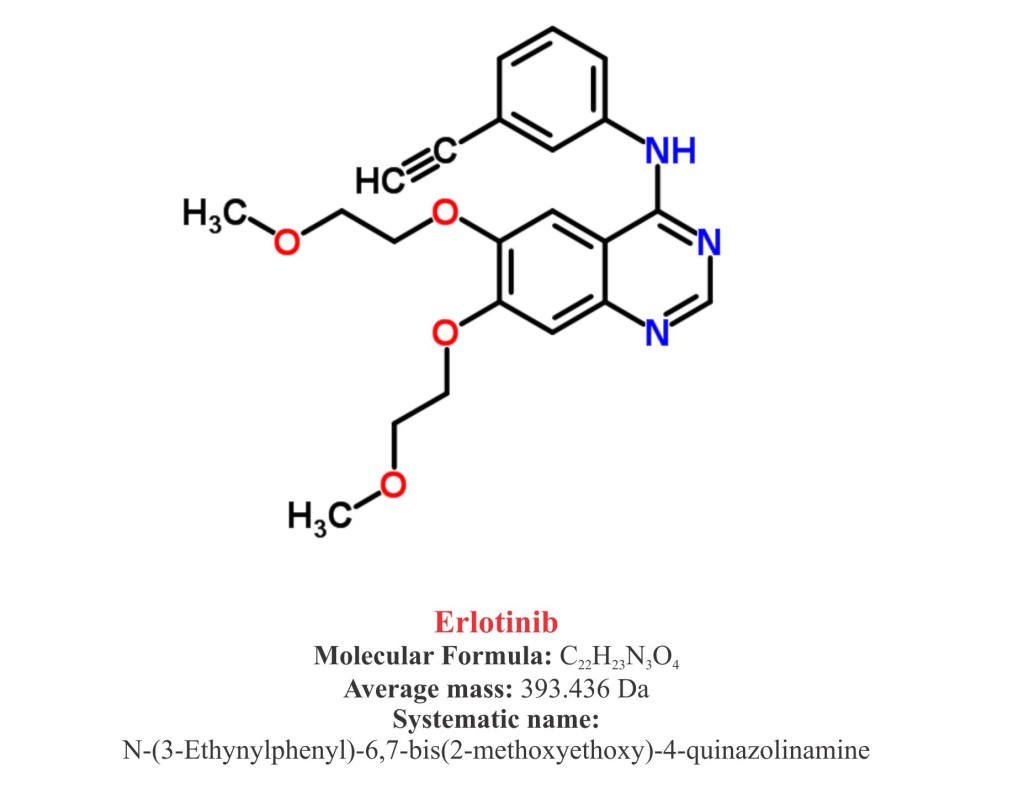 What does Erlotinib do

Erlotinib chemically belongs to the class of organic synthetic compounds known as quinazolinamines, a heterocyclic aromatic molecule in which quinazoline moiety is replaced by one or more amine groups. The detailed chemical classification of Erlotinib is as follows.

How does Erlotinib work 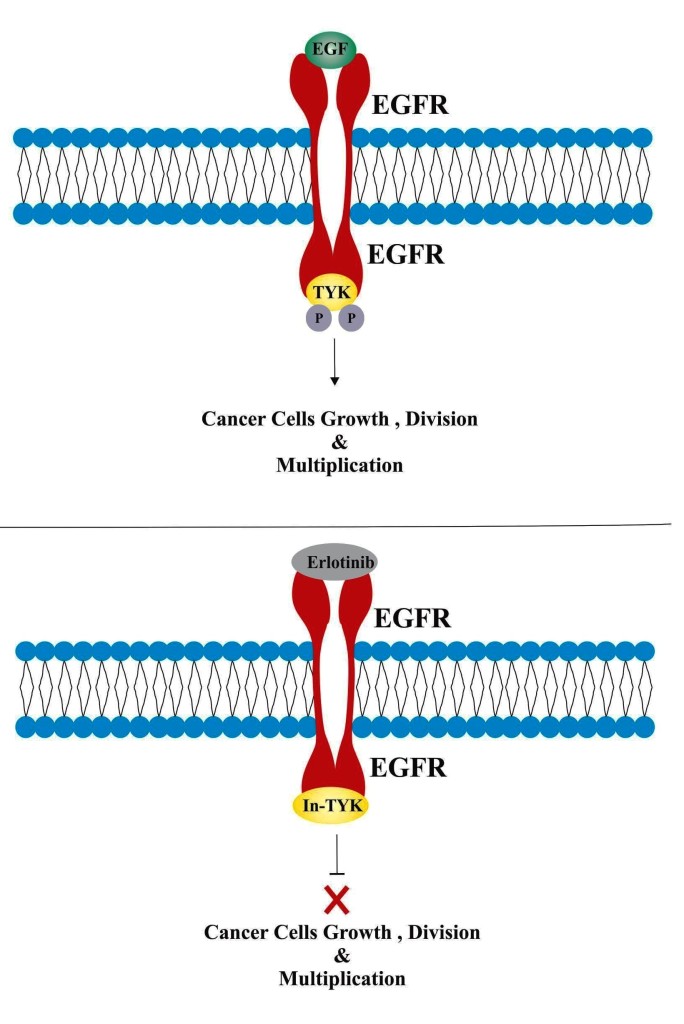 What are the recommended doses of Erlotinib?

When should I discontinue, withhold or modify the dose of Erlotinib

The use of Erlotinib should be discontinued under the following conditions:

The use of Erlotinib should be with hold under following conditions:

The dose of Erlotinib should be modified under following conditions:

What are the pharmacokinetic properties of the drug Erlotinib

Which pregnancy category (A; B; C; D; X) has been assigned to Erlotinib

How to take Erlotinib

How to store the drug

How to dispose the medicine

Other uses of the drug

Long term controlled clinical trial studies with Erlotinib suggested that Erlotinib can cause serious side effects, which include:

Erlotinib may cause following common side effects

If any of the under mentioned symptoms are encountered, consult your doctor immediately

What should I do in case of missed a dose?

Does Erlotinib have any interaction with drugs?

Does Erlotinib have any interaction with Diseases

It has been observed that some medical conditions (disease) may also interact with Erlotinib such as:

Can smoking affect my treatment with Erlotinib

Where can I get more information?

Your pharmacist can provide more information about Erlotinib.

Clinical research and current scenario of the drug